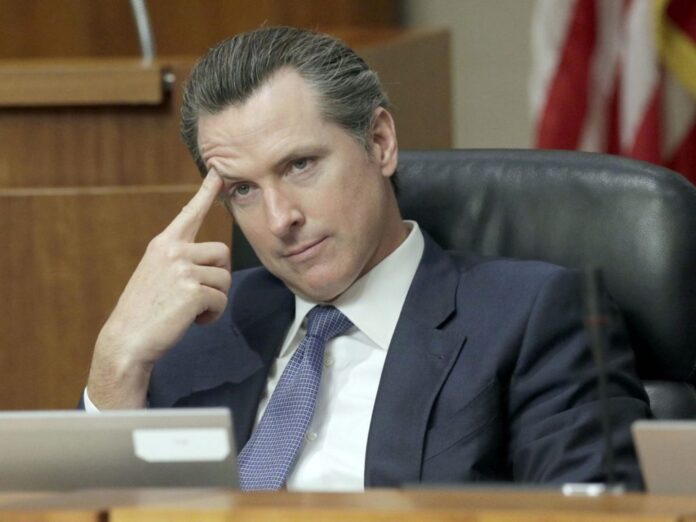 The poll, conducted by SurveyUSA for the San Diego Union-Tribune, KGTV 10News in San Diego and KABC-TV in Los Angeles, came one day after an Emerson College poll showed a dead heat on whether Newsom should be recalled.

51 percent of those asked indicated they would vote to remove Newsom from office.

Forty percent of respondents said they would vote no on the recall.

The findings come as Newsom is trying to convince voters that the recall drive is a product of right-wing Republicans and supporters of former President Donald Trump.

The poll found that YouTuber and real estate investor Kevin Paffrath, a Democrat, led the pack of likely contenders, with 27% of the vote, followed closely by conservative talk radio host Larry Elder, with 23%. The result is considered a statistical dead heat; no other candidates were in double digits.

Newsom’s coronavirus restrictions were given as the most important reason to recall him by 34% of the voters in the poll.

The poll also asked vaccinated voters about their preference, and a majority favored recalling Newsom, 47% to 43%.

Ballots will be sent to voters by the middle of the month. The recall will consist of two questions: first, a question on whether Newsom should be recalled; second, a list of 43 candidates to replace him. A majority must agree to recall Newsom for the result on the second question to take effect; the winner need only secure a plurality, not a majority.