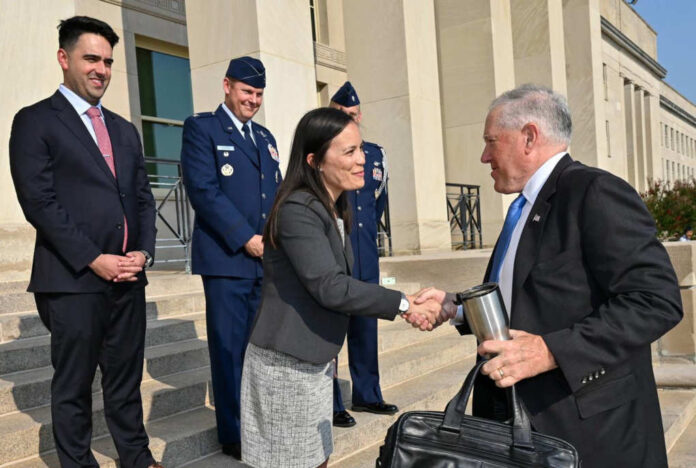 Frank Kendall has finally been approved as the new Air Force Secretary. So, why did it take so long for Congress to confirm his position?

First, it’s important to look at what his position entails. As the Secretary, he would be overseeing the U.S. Air Force and the U.S. Space Force. He’d be responsible for training and managing over 600,000 Active, Reserve, Guard, and civilian airmen and guardians.

Is Frank Kendall capable of handling the job? Apparently, since Congress finally decided to confirm him.

There are quite a few reasons why it took so long, though. First, Kendall is 71. At that age, most people are retiring. They don’t want to start a brand-new position – especially one as stressful as being the Secretary of the Air Force.

At one point, Kendall served as acquisition chief within the Obama administration. He had an initiative known as “better buying power.” It meant that a number of senators had questions for Kendall regarding the pace of space acquisition reform as well as the Air Force’s call to retire hundreds of old fighter jets in favor of acquiring new ones.

Big decisions in short periods of time…it’s a lot for one person to handle.

There was also the question of how equipped Kendall would be to address nuclear modernization. After all, the Air Force is responsible for operating two of the three legs of the country’s nuclear triad – both intercontinental ballistic missiles and nuclear-capable bombers.

All of Frank Kendall’s answers led to him being sworn in on July 28 as the 26th Air Force secretary. It may have taken the Senate six weeks to confirm him, though they’ve done it.

Many still agree that it is an odd choice. He has ties to the Obama administration, so it’s easy to see why Biden would have chosen him. However, Kendall is an Army veteran. He’s also served as an executive at Raytheon and has served as a Pentagon acquisition chief.

In a statement he made after being sworn in, he said, “I will be totally focused on ensuring that our Air and Space Forces can fulfill their missions to defend the nation against our most challenging threats, today and into the future.”

That’s good to hear. He’ll need to make sure that the Air and Space Forces are mission-ready. With Biden being the president, anything can happen. He hasn’t been the best when it comes to international relations – and he may have us going to war with the Taliban, Iran, or any number of nefarious forces before the year is over.

Kendall most certainly has his work cut out for him. He seems aware of it, too. He has pledged to address many of the issues in the service, including poor pilot retention and lackluster military housing. He will also have to do this with a Democratic-led Congress that has never been too eager to give much funding over to the military.

Greatness is expected out of Frank Kendall. Now, we must all wait and see whether he is capable of delivering. Let’s hope that he’s stronger than some of Biden’s other staff picks.