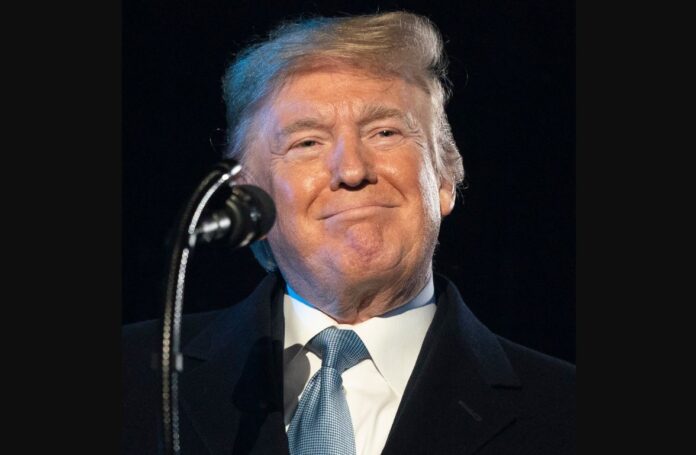 For much of America’s history, Russia has not been necessarily on our side. And this has led to a rather tense relationship with the massive northern nation. However, that doesn’t mean that they are incapable of seeing truths about us that maybe even we have overlooked.

Unlike Americans, who are prone to choosing one side or another in politics, and therefore see only what they want to see about our politicians, Ivanov gets to see things as they really are, without bias to get in the way.

And what he sees in former President Donald Trump is pretty spectacular. In fact, Ivanov says Trump very much reminds him of modern-day George Washington.

In a recent op-ed in EurAsia Daily, he says, “If the first president of America fought to lay the foundation of the nation and state – the beginning of American freedom – then Trump fought and is fighting to preserve the legacy of the founding fathers, to defend freedom.”

He explained further, saying, “He, like Washington, is the flesh of his people, 100 percent American, a classic self-made man, a living embodiment of the American dream. Trump is a successful entrepreneur, a man of action and a man of his word.”

When you read of our founding fathers, they’re not exactly described as stuffy old men bent on tradition and gaining power, although that’s what they might look like in all those paintings with white wigs. Instead, they were something akin to rebels, literally.

Rather than following the monarchy’s traditions, where the common people are subject to the whims of those in charge, they strove to become something more – a nation with more freedom for its people, a government ran by its people, and with their interests first. They desired a place where a man or woman could really dream and have the right to strive for those dreams.

And they didn’t play nice to get those freedoms. They started a war. They likely had conversations people didn’t like. They made threats. They were bold, and in the end, that was what won us our freedom.

England had a far better army, more training, more everything except heart. And they lost because these pushed the people to dream of a better future.

Is that not what Trump has done?

As Ivanov says, few have worked against the powers that be in Washington, that for too long have ruled by tradition and “precedent” instead of what is needed as Trump as.

He went to list just a few of the things Trump accomplished while in office:

And yet, as far as the “American ‘deep state’ and more broadly, the world globalist ‘elite’” is concerned, he’s “the worst president in U.S. history.”

The Russian wrote, “Almost immediately after Trump came to the White House, the ‘deep state’ functionaries from both parties – not only politicians and ‘public figures,’ but also civil servants – provided unprecedented opposition to all of his endeavors, did everything to suppress America’s impulse for Freedom.”

And why? Because he dared to do it as a “successful white man.”

Ivanov continued, “Together with Biden, they celebrate not only BLM, Antifa, and their ‘curators’ like (leftist George) Soros and (Speaker Nancy) Pelosi, not only (German Chancellor Angela) Merkel and (French President Emmanuel) Macron, but also ‘anti-democratic’ regimes around the world, from China and North Korea to Venezuela and Cuba.”

Globalists like them hate Trump because of his willingness to put the people first, their values, their religious freedoms, and their constitutional rights.

But that’s precisely why so many Americans support him. Few American leaders speak of the hope that America can be better, that we can do better, and become something great again. Rather than trying to shame us into hating America and everything we once stood for, Trump has praised our values and our history.

And according to Ivanov, that has exposed the “world elite” as what they really are and who they’re really serving – and it’s not the people.

Whether that makes a difference in the long run, only time will tell. But for now, the world knows that Trump did right by us, even if they don’t want to admit it.