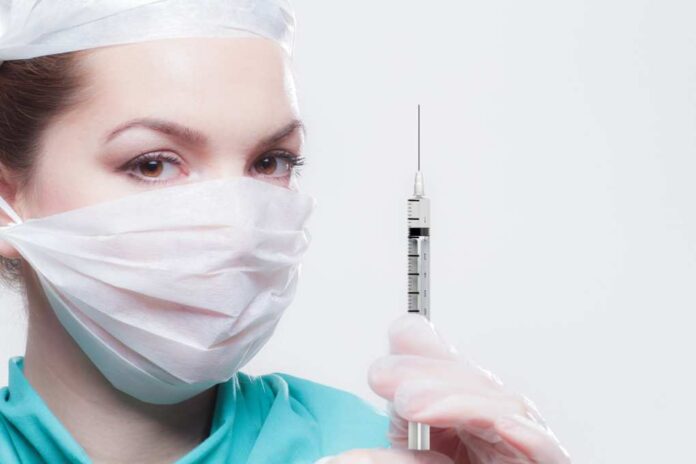 The Democrats love to get Americans to fall into line by using monetary incentives. After all, look at how much MORE people earned during the pandemic by staying at home and taking advantage of unemployment checks?

Now, Greece is doing the unthinkable as a way to get their residents to get the vaccine: cutting wages.

Recently, the Education Ministry in Greece announced that teachers refusing to take the COVID-19 vaccine or be tested regularly would face cuts to their salaries as well as the possibility of being suspended. Teachers and administrators across schools and universities would be subject to these new measures beginning in September for the new academic year.

Further, only students who have had a COVID vaccine or can show a negative COVID test weekly would be allowed to attend university classes in Greece.

Although 70 percent of teachers have been fully vaccinated in Greece, the country is still concerned about the remaining 30 percent. Prime Minister Kyriakos Mitsotakis has explained that vaccines are not mandatory. However, teachers would need to provide a negative test on a regular basis if they choose not to get vaccinated.

The Greek Interior Minister Makis Voridis explained that a similar process would be occurring with civil servants.

Voridis explained that employers have responsibilities to maintain – particularly when it comes to meeting certain health requirements. He said, “When vaccination becomes mandatory, those who do not comply with the obligation enter into a process in which they have violated their legal obligations.”

Greece is looking to impose these penalties after months of offering incentives to boost its vaccination numbers. Does this sound familiar? The U.S. has been offering incentives for a while now, with many states offering such things as free hunting licenses, free concerns, lottery cash drawings, and more.

Greece is one of the many European countries to see a surge in COVID cases recently, particularly in regard to the delta variant. They’re getting desperate, and they’re clearly willing to do whatever it takes to reduce the COVID cases – even if it means guilting people into getting vaccinated by hitting them where it hurts the most – their salaries.

It’s only a matter of time before the Democratic Party decides to take a similar (and drastic) approach within the U.S. Since the Dems are leading and the Biden administration is known for its mistakes, this could already be in the pipeline.

Plenty of nurses around the country have already been up in arms that they’re being let go because they refuse to get vaccinated.

While such a thing may be acceptable in Greece, we have to remember one thing here. We have the FDA to tell us whether things are safe or not. The FDA has not approved the vaccine. So, we cannot and should not be forced to inject our bodies with something that has not been deemed safe.

Will the Dems try to cut wages for the unvaccinated? It’s possible. At the very least, employers may be forced to spend countless dollars on COVID tests so that employees who don’t want to get jabbed can test negative and continue working without a wage cut.

Everything about what the Greeks are doing is authoritarian. So, it won’t come as any surprise when the Biden administration tries to do the same thing. They waved cash in our faces to get us to stay home for almost an entire year. Clearly, they won’t hesitate to pull cash away in an effort to get us vaccinated.