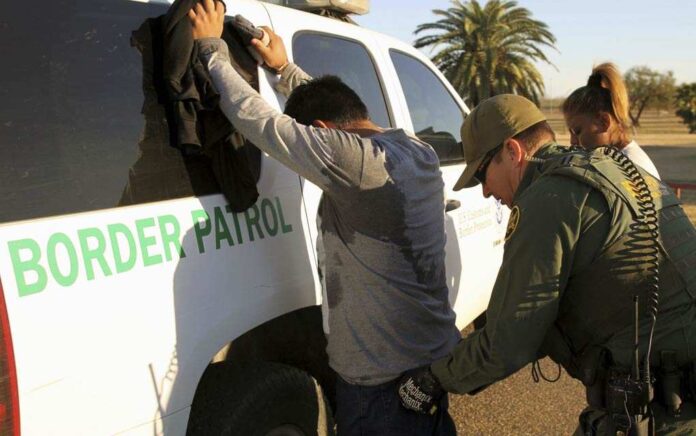 President Joe Biden’s administration just extended an immigration policy from former President Trump’s administration. It allows migrants to be expelled from America to prevent the spread of COVID-19 in holding facilities.

The Centers for Disease Control and Prevention revealed in a public statement that Title 42 “shall remain in effect until the CDC Director determines that the danger of further introduction of COVID-19 into the United States from covered non-citizens has ceased to be a serious danger to the public health, and the Order is no longer necessary to protect the public health.”

The CDC also noted in their statement, “CDC is continuing to assess the impact of the COVID-19 pandemic at the U.S. borders and ports of entry, looking at the risks of transmission and spread of COVID-19 in congregate settings, such as U.S. Customs and Border Patrol stations, as well as the threat from emerging variants and the availability of testing, vaccination, and other mitigation measures.”

Title 42 enables Customs and Border Protection officials to expel undocumented migrants to prevent the spread of COVID-19 in holding facilities. This policy does include that children and some families are exempt from it.

The restrictions will be re-evaluated every 60 days as the pandemic progresses and potential risks change, according to the CDC.

The Department of Homeland Security also made a statement on this policy saying that “Title 42 is not an immigration authority, but a public health authority, and its continued use is dictated by CDC and governed by the CDC’s analysis of public health factors.”

The CDC under Trump first issued the policy last year. And keeping Title 42 in place has caused President Biden to receive criticism from immigrant activists and some lawmakers.

Just this week the American Civil Liberties Union, along with other immigrant rights organizations, resumed a lawsuit that challenges Title 42. This legal proceeding came after negotiations were made for months to end the policy. But they reached an impasse according to the new lawsuit filed with the U.S. District Court in Washington.

“The CDC is going to continue to provide guidance on how long it needs to be in place,” Psaki said at a press briefing. “We have not given a timeline of when … they will lift Title 42, but we will look for them to provide us that guidance.”

There are now record levels of migrant children, families, and adults continuing to come to the U.S.-Mexico border. The Biden administration has used Title 42 to turn away the majority of migrants. In fact, in June, border agents dealt with a yearly high of 188,829 migrants.

Some families cannot be expelled under Title 42, so the Department of Homeland Security last week reinstated a policy that allows immigration authorities to remove migrant families without a hearing. Even though the families who have gone through the expedited removal process could not be expelled under Title 42, they “do not have a legal basis to stay in the United States.” The first flights expelling those families began Friday.

The Customs and Border Patrol (CBP) said in a statement, “The large number of expulsions during the pandemic has contributed to a larger-than-usual number of migrants making multiple border crossing attempts, which means that total encounters somewhat overstate the number of unique individuals arriving at the border.”

Mexico reportedly stopped accepting migrant families from other countries transported hundreds of miles by U.S. officials to be expelled to Mexico under Title 42.