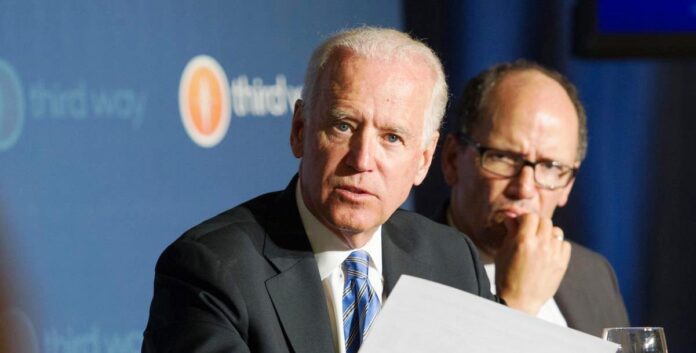 Any recent attention to national news will have undoubtedly informed you that New York Governor Andrew Cuomo’s time in office is looking nearly over. Along with more and more proof that he knowingly put the state’s most vulnerable at further risk of infection during the COVID pandemic and then tried to have it covered up are mounting allegations of sexual assault and harassment.

After the first such accusation was made, it appeared that, like far too many on the political left, including President Joe Biden, Cuomo would be able to skate through and wind up on the other side unscathed.

However, it became abundantly clear about a month later that it was not going away. And since then, more and more women have come forward, all with similar stories of mistreatment and sexual predation from Andrew Cuomo.

Naturally, this has led to the widespread belief that Cuomo is guilty of such behavior and should be taken out of office if he won’t resign voluntarily.

So far, almost 30 of New York’s congress members and over 120 of the state’s assembly members have banded together, demanding that Cuomo step down. Chief among them are even liberal loudmouths Senator Chuck Schumer and Representative Alexandria Ocasio-Cortez.

And yet, Cuomo still holds office – although thanks to his quickly dwindling support and infamous nursing home scandal, his actions are somewhat limited.

Well, it would appear that he has found a friend in fellow sexual predator President Joe Biden.

When asked about Cuomo’s alleged behavior and pending investigation, he pretty much gave him a free pass.

“I think the investigation is underway and we should see what it brings us,” he told reporters on the White House lawn on Sunday.

Now, to be clear, there is an investigation being done on both the nursing home scandal and his attempts to cover it up, as well as these new charges of sexual misconduct. And, in time, it could prove that Cuomo is guilty, forcing him to be removed from office without any concern to what Biden thinks of the situation.

And in most cases, I would likely tell you that there is wisdom in treading lightly and giving justice its chance to shine. After all, not every allegation is always truthful. As we have learned from instances such as those against Supreme Court Justice Brett Kavanaugh and former President Donald Trump, some aren’t based on fact so much as political affiliations.

However, it seems that every day another small piece of information is discovered or unveiled that only paints a worse picture of Cuomo. At this point, I’m not sure how anyone could not believe he’s no longer worthy of holding his current title.

And that doesn’t even begin to touch on the matter of his many crimes against New York’s elderly in the past year, of which some 15,000 of them have died because of his negligence.

Cuomo now has a total of six women who claim that he has mistreated, inappropriately touched, or even kissed them.

One of those, Anna Ruch, even has pictures to prove the ordeal she went through. According to both Ruch and Cuomo’s stories, they met a mutual friend’s wedding, during which time Cuomo presumed to flirt with her, touching the small of her back, grabbing her face, and asking if he could kiss her.

According to Evan Hill of the New York Times, “A friend took a series of pictures of the incident as it occurred.”

And as you can clearly see by the look on Ruch’s face, the attention was not welcome.

Of course, Cuomo claims that he’s like this with everyone, that he flirts and regularly greets people with a kiss.

“You can go find hundreds of pictures of me kissing people… it is my usual and customary way of greeting.”

The other accusers will note that he also greets people with questions of their sexual history, asking to play strip poker, and even forcibly kissing them.

Maybe that’s exactly why Biden has chosen to seemingly side with Cuomo, as he is known for the same kind of “greetings,” although his usually also involves sniffing young girls. And if Biden were to condemn Cuomo for the same actions he’s guilty of, what would mean for his presidency?

Let’s just say it wouldn’t be good for the Democrats.