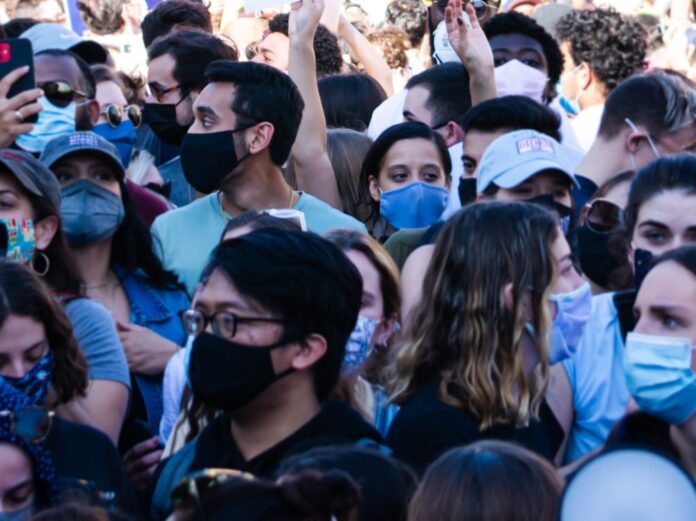 According to a Washington Post-Schar School of Policy and Government at George Mason University poll, 67 percent of Americans plan to wear a mask when the pandemic is over if they are sick. Only 31 percent said they would not continue the ingrained practice.

Besides masking up to protect against the supposed ravages of the common cold, 43 percent of Americans plan to dawn face coverings in crowded spaces. However, more than half — 54 percent — said they will not wear masks in crowded spaces and a small 3 percent had no opinion.

After being confined by government-imposed lockdowns, 73 percent of those polled plan to spend more time outside, and 27 percent said they do not.

As far as daily attire goes — masks aside — 66 percent of those polled said they will wear comfortable clothing more often after the Chinese coronavirus subside. Only 31 percent said they will not.

Forty-one percent of Americans will reportedly continue to schedule telehealth appointments with doctors, and 57 percent plan to go back to in-person appointments.

The poll, which surveyed 1,000 U.S. adults between July 6-July 21 “points to enduring cultural shifts the public health crisis may bring about,” the Post reported.

The results come as health officials panic over a spike in the delta strain of Chinese coronavirus cases. Dr. Anthony Fauci, who has been accused of funding “gain of function” research at the Wuhan lab, suggested Wednesday the delta variant of coronavirus cases “may double in the coming weeks to 200,000 cases a day.”

As far as when the pandemic will be over, health officials are already raising concerns about a “worse” variant after the current delta wave.

“If you add all of them together, it could be worse. We don’t have any evidence right now. We have one that’s worse. But I agree with Dr. Fauci that it surely is possible that one that could be more infectious than Delta, which would be hard to imagine that being the case, could actually happen, and we have to be prepared for that,” CDC Research and Policy Director and former Biden transition team adviser Dr. Michael Osterholm said on CNN.