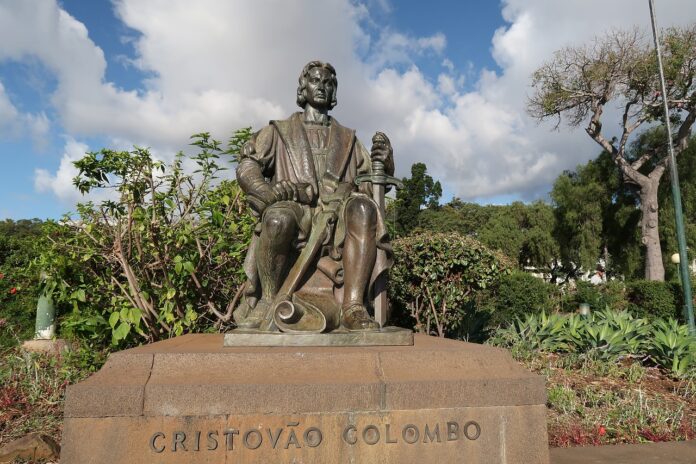 If you travel and stay for very long in any of America’s more prominent and typically Democratic-held cities, I’m willing to bet you’ll notice a rather frightening trend. Crime is everywhere and rising. And thanks to the liberal movement of ‘defund the police,’ which, while losing some of its popularity, is still very much work, little is being done about the increase in violence and theft.

Instead, city officials are focused on something else entirely: tearing down “insensitive” statues and monuments.

At least that is what’s happening in the liberal city of Chicago, where the Chicago Monuments Project just met to discuss the removal of 41 mementos of our history because, well, they just might offend someone.

According to WBBM-TV and Alderman Rossana Rodriguez, the statues, such as one paying tribute to Italian explorer Christopher Columbus, are physical reminders and encouragement of “systemic racism.”

“It contributes a lot to all this systemic racism – right?”

Is she asking because she doesn’t know or just, so she sounds like it’s not a demand her Democratic Socialist Party is making? I say a bit of both.

However, with the decision to actually remove all 41 statues not yet final, there is talk of some significant push back.

In the case of the Columbus statue, it comes largely from the Joint-Civic Committee of Italian-Americans. The group, as their name implies, is determined to keeping the history of Italian-Americans alive. And removing a statue of an Italian contributor to our history both marginalizes and negates that.

Ron Onesti, who is president of the group, says, “I can tell you, the Italian-American community firmly believes that we want the statues back. by taking them down, we are disrespecting and dishonoring the contributions that Italians and Italian-Americans have made to this country.”

And he has a point. Can you imagine if someone wanted to take down statues and rename schools that honor Martin Luther King Jr.? Not that anyone, in their right mind, would because of all that he stood for, but let’s just say someone did. Let’s just say it wouldn’t go over very well.

Yet, those on the political left are trying to do just that to the greats of other ethnic groups.

Yes, these monuments and statues pay tribute to these historical figures and honor them for their achievements. However, in no way, shape, or form does that mean that we believe these people were without fault or blame.

The same could be said of any of the other names listed on the Chicago Monuments Project of potential statues to be removed.

Former Presidents George Washington, Abraham Lincoln, Ulysses S. Grant, and William McKinley all did incredible things for our nation, constructing it into one of the world’s premier leaders and strongholds of freedom.

Were they perfect? No. And these statues don’t say that they were. They only bring greatness to the achievements they made to make America better.

And as NBA great Charles Barkley has stated, these statues, whether their namesakes should be honored or not, should be the least of our concerns.

In 2017, shortly after the trend of monument defacement and the cancelation of our late and greats began, Rick Karle of WVTM-TV interviewed Barkley on the subject and asked his opinion.

As a black American and one who typically votes Democratic, many assumed he would side with the political left.

Instead, he says there are far more critical things that need to be handled first.

“I’m not going to waste my time worrying about these… statues. That’s wasted energy. What we as black people need to do is we have to worry about getting our education. We need to stop killing each other. We need to try to find a way to have more economic opportunity and things like that… Those things are important.”

Not whether or not a statue of someone who used to own slaves stands in the community park.

If we really want to cancel people who owned slaves, let’s start with Vice President Kamala Harris, whose family owned over 200 at one time.