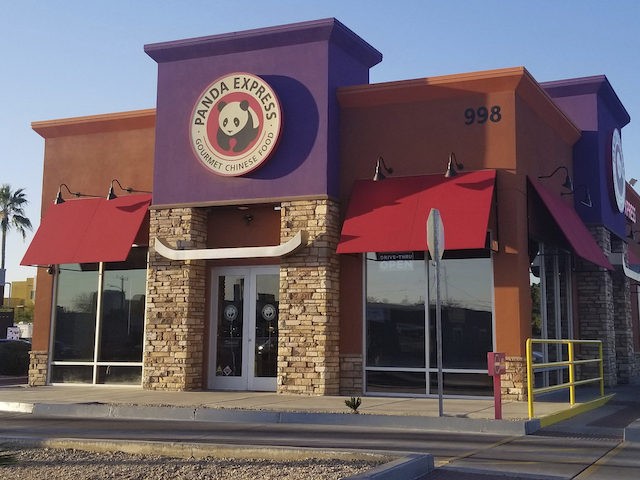 It is what it is: fast. There’s no way to change that unless we’re prepared to get rid of every fast food restaurant in America.

Without drive-thrus handing us bags of food for us to eat on the go, where will that leave us? Soccer moms won’t be able to feed their kids. Businessmen won’t be able to eat between meetings. Students won’t have the money to eat out.

It’s clear that fast food restaurants are an important part of the American culture.

However, students at the University of Florida are prepared to call out “cultural appropriation” in certain instances.

Particularly, they’re concerned about Panda Express. Students have decided to support a boycott because of the Americanized Chinese food along with the panda logo.

Ophelie Jacobson, a Campus Reform reporter explained the reason for the boycott: “Because it’s not really representative of their actual culture.”

Neither is Taco Bell, McDonalds, or countless other fast-food chains.

That, apparently, is beside the point.

Jacobson explains that the way the food is presented is cultural appropriation, all the way down to the logo. She’s looking to protect the Asianx community members at the university. The goal is to get the university to remove the fast-food restaurant off of the campus.

Have members of the Asianx community complained? No. And many of the students who have signed the petition did so right after eating at the restaurant – or while in line to order.

Here’s what the students might not understand about Panda Express: it was started by a Chinese family, Andrew and Peggy Cherng. Oh, and Chef Andy Kao has even developed recipes that are inspired by the flavors of China. This includes the ‘Original Orange Chicken’ that has flavors straight out of the Hunan Province.

If anything, it’s cultural appropriation to target Panda Express and not any of the other fast-food restaurants – particularly in today’s times.

There’s no reason why this Chinese fast-food restaurant should be boycotted. They’ve done nothing wrong. If anything, they’ve introduced millions of Americans to at least a taste of what Chinese cuisine is like. After tasting Panda Express, people may decide that they want to taste even more authentic meals from Chinese restaurants.

As for using the panda logo, it makes sense. The panda is a big part of Chinese culture. Countless Chinese restaurants around the country use the panda in its logo because it is recognizable. Yet, none of those restaurants are being boycotted.

What the students at University of Florida don’t realize is that they’re playing with fire…and they’re about to be burned.

Where does it all end?

There’s no benefit to doing this. If one group gets offended, it’s going to launch a long line of people getting offended.

If a Chinese fast-food restaurant started by people of the Chinese culture get boycotted for serving Chinese food that is too “Americanized,” there’s a long list of other restaurants that could easily get boycotted, too.

If the students want to boycott, fine. However, they should have a decent reason for doing so. Cultural appropriation doesn’t even apply here. And, they probably shouldn’t be signing the petition while they’re shoveling Orange Chicken into their mouths.

At the very least, the students need to be taught about the various concepts they’re trying to boycott. They’re clearly struggling to be a part of the cancel culture without thinking it all through.