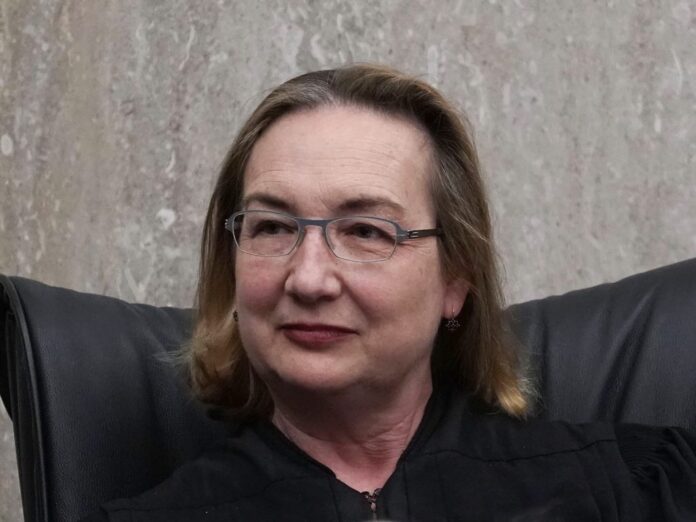 Politico reported Monday that Howell, an appointee of Barack Obama, has suggested that rioters who were merely present in the Capitol should be charged with attempting to stop the certification of the Electoral College, despite the lack of evidence:

Beryl Howell, the chief judge of the federal court in Washington deluged with more than 550 prosecutions from the Capitol riot, raised questions about why some defendants were being permitted to resolve their criminal cases by pleading guilty to a misdemeanor and why the amount of money prosecutors are seeking to recover through those plea deals was based on a relatively paltry estimate of about $1.5 million in damages caused by the rioters.

Howell then grilled the prosecutor handling the case, Clayton O’Connor, about why prosecutors hadn’t insisted that [defendant Glenn] Croy admit as part of the plea that he was trying to block the electoral vote.

In response, O’Connor laid bare aspects of prosecutors’ decision-making that have rarely been discussed publicly: why some defendants who went into the Capitol but aren’t accused of violence against others or damaging property are facing a felony obstruction-of-Congress charge that can carry a maximum of 20 years in prison, while others who appear to have acted similarly that day have escaped with misdemeanors.

“Largely, because of the elements which go to the obstruction charge which many of Mr. Croy’s co-rioters have been charged with,” O’Connor explained. “In the review of the investigation, that fact was not revealed to a degree that the government could prove it beyond a reasonable doubt with regard to Mr. Troy [sic].”

In a separate case on Monday, the Department of Justice revealed that it has a large amount of potentially exculpatory evidence in Capitol riot cases that it only began to review, using an outside private firm, in June.

There is growing conservative protest against the treatment of some Capitol riot defendants, some of whom have been held in detention for long periods of time, and some of whom assert that they did little more than trespass on January 6 — some without apparent knowledge that they were in restricted areas of the Capitol grounds without permission.