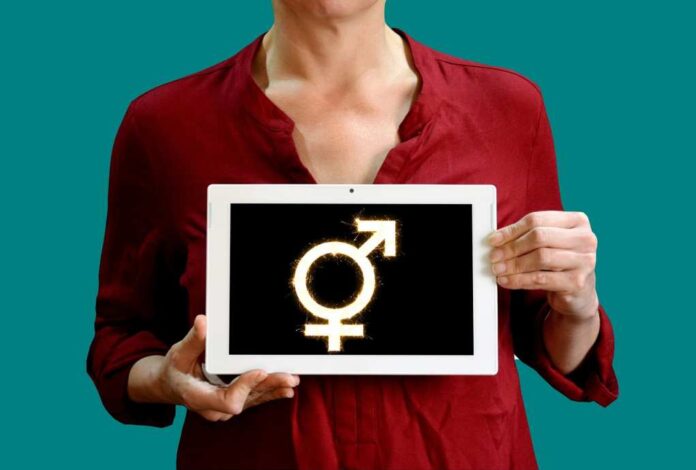 The Equality Act, known as the bill H.R. 5, is in fact one of the most UNEQUAL pieces of legislation ever to slither out of the Washington D.C. swamp.

The Equality Act is, in fact, so hateful, regressive, and anti-American it is a wonder how any of the Democrats who voted for and passed the bill the U.S. House of Representatives could support it at all.

Then again, the Democrats aren’t exactly the party of J.F.K. anymore. No, they are the party of Marxist leftist progressives who want a socialist revolution and to dismantle America at the root.

The “Equality” Act is, in fact, a bald-faced lie that sets women back 100 years.

And we thought the Democrats were the champions of women? Not anymore. They are coming after women as they cater to their gender-bending radicals and now aim to reify into law the concept of transgender supremacy.

Woke speak, critical race theory, social justice, cancel culture, black liberation theory — all of these bad hair-brained ideas that some failed academic pulled out of their rear end one day are all making it into the culture and now worming their way into our laws.

“Politics is downstream from culture,” said the late conservative media firebrand Andrew Breitbart. He was right.

Unfortunately for the silent majority of Americans, the modern “culture” of the un-American Left is utterly toxic, destructive, poisonous, and thoroughly malevolent. All that garbage is now filtering out into politics and into bad would-be laws like The “Equality” Act, which is an utter trash heap of discrimination and bigotry.

Women are furious: mothers, daughters, granddaughters, and their families are up in arms about the destruction in the Equality Act which does so much damage to women and young girls.

For one, the bill establishes transgender supremacy OVER women’s rights. We will now hear phrases like “believe all transgenders” and “the transgender is always right.” If we don’t stop bills like the Equality Act, soon we will be governed by a nation of transvestites.

There is no “equality” in the Equality Act and it a blow to women from a party that claims to champion them. It’s all a lie and the Democrats are the author of it.

The “Equality” Act also turns its sights on religion, which it attacks up and down – stripping conscience protections from faith-based hospitals for whom it is against their religion to support contraception, opening up elderly nuns to lawsuits, as well as forcing open all 50 states’ church, mosque, and temple bathrooms to sexual predators who claim they are women, inviting sexual assault and crime into houses of worship.

The “Equality” Act violates every religious liberty that the First Amendment protects: the hateful law declares that the Book of Genesis and the sanctity of marriage are nothing more than discriminatory stereotypes.

The bill marks a new level of hate from radical left bigots in America. It is a disgraceful attack on any devout American Christian, Muslim, Jew, Hindu, or anyone of faith. The Left wants to bully you into silence.

For the religious faithful in America, it’s their most important fight yet with the “Equality” Act having the potential to bring to a horrifying, abrupt end the United States’ centuries-long history of protecting religious liberty.

So, the “Equality” Act? Yeah, not so equal. In fact, not equal at all. Even the Unequal Act doesn’t do it justice.

It is just another tyrannical ploy by the Left to control your life, from the womb to tomb, and enslave all of America into their destructive, radical socialist ideology.

The Equality Act (H.R. 5) passed in the Democrat-controlled House and it is now in the U.S. Senate where it awaits a vote. Call your U.S. senator today and tell them to vote “NO.”