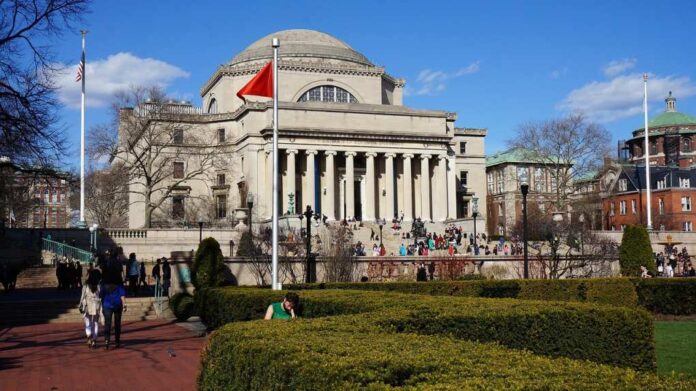 Diversity and inclusivity are supposed to go hand in hand.

When colleges and universities focus on diversity, it is to ensure that people from various backgrounds, genders, cultures, sexual orientations and more are coming together. It’s to celebrate the differences while showing that everyone can come together and get along.

Columbia University, however, has chosen to throw the “inclusivity” aspect out the window.

They’ve decided that segregation is the best way to celebrate diversity – and they’re not even bothering to hide it.

As the Class of 2021 prepares to graduate, Columbia University has decided that they’re going to host six separate graduation ceremonies.

At quick glance, you’d think that the six ceremonies are to ensure that there’s plenty of social distancing. After all, we are in the middle of a global pandemic.

Nope, that’s not it at all. Instead, they’re breaking up the ceremonies based on such things as race, sexual orientation, and income level.

The school’s website has identified that there are six ceremonies, though “all students are invited to participate in these celebrations.”

The graduations are as follows: Latinx, Black, Native, Asian, Lavender (LGBTQIA+), and FLI (first-generation and/or low-income).

Columbia has chosen to segregate because they feel that it’s a more intimate setting for the students to celebrate. Their “Multicultural Graduation Celebrations” have set the country back a few centuries in terms of progress, though.

Diversity and inclusivity should be about letting the Black population mingle with the Asian population. Allow the FLI to spend time with the LGBTQIA+ community. After four years on the same campus, shouldn’t there be some tolerance to the diversity? Shouldn’t there be friendships formed across the different communities?

Students who want to register for a graduation ceremony must force themselves to conform. They have to choose which celebration they want to be included in. And if you fall into two or more of those categories, you’re out of luck.

This is why segregation doesn’t work. Too many students fall into more than one category – and it’s not fair to force them to choose. Yet, Columbia University gets to say that they’re doing this for the student body.

All of the university’s graduation ceremonies will be virtual due to COVID-19. However, there’s going to come a time when they won’t be virtual anymore. What the university does now sets a precedent. The class of 2022 and beyond may be in-person graduations – and what happens when a person has to choose which ceremony they wish to be a part of?

Columbia University isn’t the only one choosing to diversify – and segregate in the process. Virginia Tech hosted 10 separate ceremonies in 2019.

Oh, but this is neo-segregation. It’s different.

No, not really. Call it what you will, but it’s still segregation.

A study by the National Association of Scholars in 2019 showed that 75% of American colleges have been hosting black-only graduation ceremonies. Since it is voluntary racial segregation, it is deemed acceptable. The ceremonies are “racially inclusive.”

It’s only a matter of time before the colleges take things too far.

What next? Will housing be segregated? Classes? Quad space?

However, why bother with diversity? Why bother learning about the different cultures? If the universities are only going to throw up dividers at graduation, the whole point is moot.

This is not the direction the country should be going. Columbia University may think that this is a good idea now when it’s all virtual, but it’s only a matter of time before this all backfires in their direction. Segregation was destroyed in the 1960s, yet here’s a prestigious New York University trying to bring it back as the latest trend.