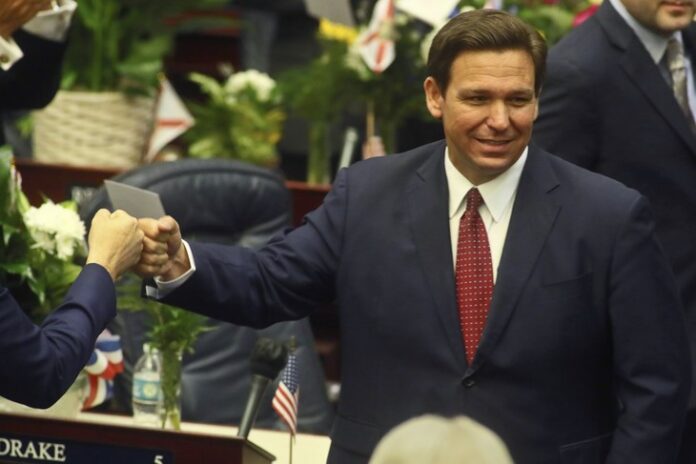 Ron DeSantis is a Democrat’s worst nightmare. He represents the anomaly that is proving to be true regarding the COVID-19 reality the Democrats want people to believe. The hurtful media are certainly downplaying the good news that he continues to tell all Floridians. They want to discredit everything he says by quoting facts they have developed for the sole purpose of pushing the Democrat’s agenda.

DeSantis did the opposite of what Biden and Harris demanded people to do. He did six months before Biden ever took office. His approach was to open schools all over the state and send the kids back to the classroom.

Parents loved the idea because many of them work during the school hours, and they know that their kids need to learn. The media and the liberal school unions around the country saw his decision as a reckless adventure supported by the praises of parents.

Liberals believe that parents are stupid and cannot raise kids on their own. So, they act like they should be the ones to tell parents what they can do with kids. They must forget that legally and biologically, the parents have the authority over their own kids. And ultimately, they have authority over the school system because their taxes pay the educator’s salary.

The teacher unions are nothing more than an entity created by angry teachers because they felt like they were being cheated a long time ago. Now they take union dues from the teachers so they can shaft them by keeping them from working their jobs.

The Unions and the media make it sound like his decision was based on opinion and unfounded data. But that data was sound and proven reliable. And now, the results of his decision are proving to be right along.

During the early times of the pandemic, the media report on any fact that they could find. But now they ignore the facts proving that they go against their socialist beliefs. They have to resort to defying the truth of reality and science. Their sin has led to millions living in fear.

The major liberal networks tried to tell the people that Florida was going to a Deadman’s wasteland once the school reopened. They claimed that locking down the public and keeping the doors closed were the only ways to save lives and stop the virus.

DeSantis proved just the opposite. Those states that locked everyone down again ended up having the highest resurgence rates in the nation. Florida had one of the lowest. Forced mask mandates and forced lockdowns proved just how wrong the Democrats were with COVID data and predictions.

The Floridian governor opened things up in states. Day by day, the outbreak numbers continued to fall despite kids shaking hands and eating together.

The data reports showed that “Florida consistently has had lower rates of Covid-19 in schools than in the community at large, according to a data dashboard created by Brown University, data company Qualtrics and others. In the last two weeks of February, the daily case rate per 100,000 people was 22 among students and 15 among school staff, compared with 27 in the community, according to the data. In earlier periods going back to October, the student and staff rates were almost always less than half the community rate.:”

This report was issued long before the vaccine was highly available. And now that the vaccine is nearly all distributed, the facts are only going to get better.

It will not take long for the media to come up with a negative way of sharing the good news. They have already tried to smear DeSantis in the mud. But they keep failing miserably.

Joe Biden, the media, the school unions, and every other brained-washed liberal believes that the virus is still a significant threat. They want to believe their teachings so bad they are willing to ignore the sound scientific fact to do it. The truth they want to deny is that facts are no longer supportive of their desire to control people and destroy the youth in America.