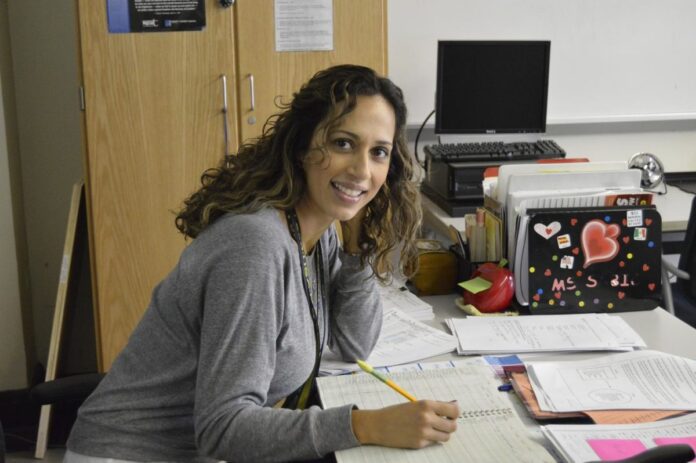 In Media Writing 101 they teach you that every story has a bias, and to always be aware of it. So let me tell you the bias in this story: As parents, we need this case to lose. That’s it, you know it going in. So be aware, what I say will be in support of that premise, but it’s one I think I can defend.

Standing up for your kids is one of the most natural and needful things a parent can do. It is absolutely essential to the health and well-being of children that they know we have their backs. It’s the only way they get to really be kids for a while and that, by extension, is the only way they turn into unscarred adults.

One mother from Rhode Island is discovering that standing up for her children’s rights to not be put through segregation, revisionist history, and invasive surveys could cost her, and it’s at the behest of teachers.

According to a report in The Daily Wire, the nation’s largest teachers’ union has filed a suit against a mother who has made numerous records requests regarding her child’s school district and its Critical Race Theory teachings.

The mother in question, Nicole Salas, posted a photo of the papers she was served along with the statement, “I just got served with a lawsuit from the teacher union NEARI. Throwing down the gauntlet, are we? Game on.

This photo was posted just days ago, but it is the culmination of months of work, beginning in early in 2021, however, the suits are, in this case, an escalation. A second suit was reported against Salas just a day after the first one, leading commentators to believe that they’re truly frustrated with how close Salas is getting to the truth and they want to tie her hands:

“Today the teacher union NEA filed ANOTHER lawsuit against me —this time a Temporary Restraining Order and Preliminary Injunction. Will teacher unions bullying moms be an everyday thing now?”

This doesn’t sit well with parents and constitutional defenders who have gone to great lengths to ensure that parents like Salas are allowed to question anything and everything being brought before their children in the United States public education system.

The Goldwater Institute’s In Defense of Liberty blog explained:

In April, Nicole emailed the principal of her school in the South Kingstown School District asking for the kindergarten curriculum—and whether it would include teaching children politically charged materials, including those influenced by Critical Race Theory and gender theory, holding them out to be true. She immediately faced stonewalling from the school and even a threat of legal action for asking too many questions. Ultimately, Nicole received a bill for $74,000 to fulfill a public records request filed by the Goldwater Institute on her behalf in July.

Solas stated, “The NEA is so determined to push its political agenda that they are willing to expose themselves in a court of law for who they really are: an association of bullies eager to challenge a stay-at-home mom who simply wanted to know what her daughter would be taught. This lawsuit won’t deter me from asking questions, and I encourage all parents to do the same so that they are empowered to make informed decisions regarding their children’s education.”

So, why do we need this suit to lose? It’s this simple: concerned parents are standing up across the nation and the teachers who keep their children for most of their waking hours, are telling them to sit down and shut up.

Unless you want to be forced to co-parent with teachers unions (who are, almost exclusively progressive and support liberal causes, both in-person and monetarily) you need parents to be able to question anything and everything that is taught to your child while on school grounds, listing to the people who receive taxpayer dollars.

Because if teachers’ unions can shut up parents and deny them access to public information, we may as well sign little Johnny up for the Black Shirt youth, because you’ll no longer have any control over what progressives funnel into their heads.