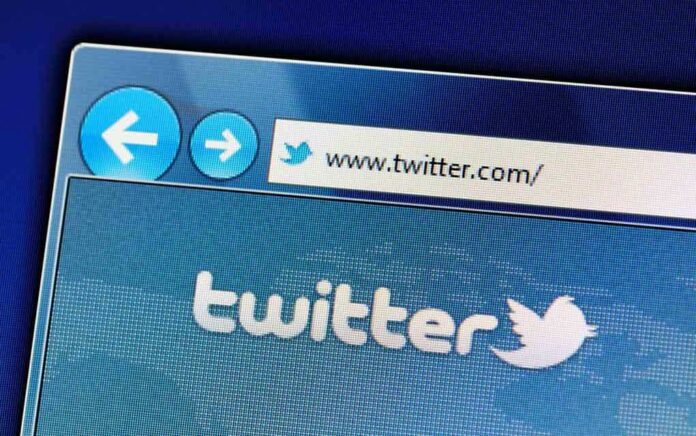 Twitter is supposed to be a social media platform where people can share their ideas, thoughts, and theories. Yet, it’s also become a place where people source critical information. It has led CEO Jack Dorsey to police the comments so that misinformation isn’t spread.

What defines misinformation, though? Is it false information or is it simply information that goes against the liberal agenda?

The latter is the way that Twitter has chosen to define misinformation, which means that accurate information is being flagged and deleted. People with a wealth of accurate, important information are being silenced on Twitter because they’re telling millions of Americans the truth.

When did social media platforms turn into a skit of A Few Good Men where Jack Dorsey is suddenly screaming “You can’t handle the truth!”?

This is the world that we now live in. Liberals are determining what truth will and will not be published. Twitter has decided once and for all to throw science right out the window. The proof became irrefutable when they kicked Erick Erickson off of Twitter.

Erickson is a longtime contributor to RedState, a right-leaning online publication. He is not only the editor in chief but also the host of “The Erick Erickson Show.” Twitter locked him out of his account because of a tweet sent out to nearly 200,000 followers.

The tweet was neither false nor offensive. As far as anyone can figure out, it doesn’t go against the terms and conditions that Dorsey and his team of fact-checkers love to hide behind, either.

Laurel Hubbard is a trans-gender weightlifter who has risen to fame after competing in the Olympics for New Zealand. By all scientific aspects of defining gender, Hubbard is a male. The only difference is that he/she identifies as a woman.

There’s no science that makes Hubbard a woman. The science is that he/she is a man. Hubbard cannot go to a gynecologist because of lacking the necessary anatomy. As a result, he/she would have to go to a urologist instead because of having certain anatomy.

All Erickson was doing was identifying a scientific fact. Although Twitter and plenty of trans/gender activists aren’t happy with it, the reality is that it is based solely on science.

Erickson isn’t the only one to have a Twitter account suspended over scientific facts shared about Hubbard. The liberal-leaning social media platform has decided that they’ll delete any and all comments that paint Hubbard in a male light. Allie Beth Stuckey, a conservative commentator also landed herself in Twitter jail for “hateful conduct.”

Stuckey managed to get out of jail, where she promptly tweeted that “men are still men.”

There’s been a lot of talk about Hubbard because of being allowed to compete against women while still being a man. Mindset alone doesn’t change a person’s biological sex.

With Twitter deciding that they’ll rule against science all the time, what are we supposed to do? Misinformation is running rampant on the platform because they’re allowing people to believe that a man competing against a woman is okay as long as the man says that he thinks of himself as a woman.

Science? Who needs science? We do, yet Twitter won’t allow us to share our thoughts anymore. At this point, will we ever get to voice real opinions anymore or will we have to become puppets to liberal thoughts?