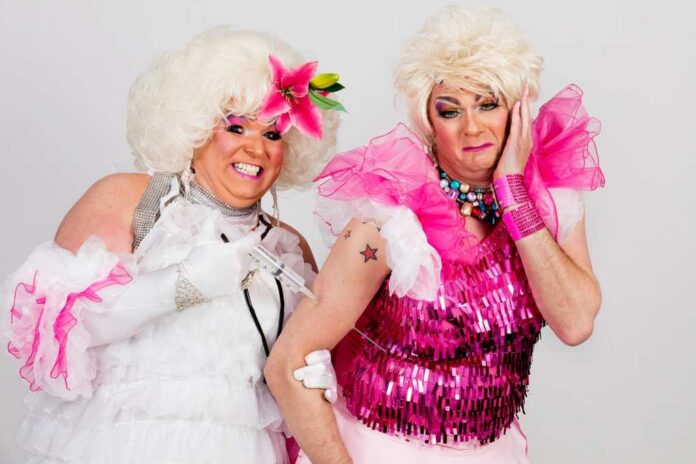 Milwaukee Mayor Tom Barrett expressed his shock and dismay that a judge who consistently ruled in favor of “drag queen story hour” and was a leader in the local LGBTQ community was arrested under the belief that he was in possession of child pornography.

It was previously reported that the Wisconsin Department of Justice launched their investigation of child court Judge Brett Blomme after they received a tip from the National Center for Missing and Exploited Children“… according to the complaint, which also alleges that Blomme shared child pornography with other Kik users through private chats and messaging groups on 27 separate occasions.”

The same complaint describes the videos, some of which involved toddlers, as being graphic and disturbing. While Blomme will receive the same deference as any other American of being innocent until proven guilty, it’s a safe assessment, that if he is indeed guilty, he’s the kind of predator that has been deemed both a menace to society and incapable of rehabilitation.

Brett Blomme “was taken into custody by special agents with the state Division of Criminal Investigation,” the Milwaukee Journal-Sentinel reported, citing a statement.

However, Mayor Barrett weighed in saying “The allegations are alarming,” and that “The reports of the arrest came as a complete surprise.”

The arrests are not, however, a complete surprise to anyone who was tracking the trajectory of the repulsive “Drag Queen Story Hour” institution, which Blomme not only advocated for but lead, according to The Daily Wire.

Bloome described the event as capturing “the imagination and play of the gender fluidity of childhood and gives kids glamorous, positive, and unabashedly queer role models.” That description in and of itself could serve as sufficient evidence of the blatant effort to sexualize children and expose them to inappropriate scenarios and situations.

Past examples have demonstrated that the performers at these events are willing to act inappropriately, as was the case with the drag queen performer who called himself “Sasha Sota.” This individual, who on almost any day would be regarded as an adult male, sat in a pink mini-skirt and repeatedly exposed himself while reading to young children during a recent ‘Drag Queen Story Hour’ event in Minnesota in late 2019.

“The drag queen ‘strode in suggestively past the children, sitting down in a chair before several preschool-aged girls with his legs spread wide, exposing his nylon covered crotch in front of children sitting at eye level,’ and ‘…did this often while reading nervously before the children.’”

While an adult male not understanding how to handle himself in a mini-skirt isn’t in and of himself indicative of abuse, it is part of a larger issue of unconcern for the welfare of children.

Studies have shown that the bulk of adults who self-identify as transgender were, themselves, abused in some way as a child, oftentimes by someone who in some way identified as part of the LGBTQ community. This kind of abuse often manifests in various disfunction, both toward self and others. Because of that increased risk, plus the history of abuse from those who identify as transgender, it seems irresponsible, bordering on criminal, to push a forum where those at the biggest risk to offensive, are placed with those who they are historically known to offend.

While it would be nice to tell ourselves that this is just a stigma and that the judge in question was a one-off event, being used to confirm a prejudiced stereotype, the question is, are you sure enough to take that chance? Some people are and do make that choice, regularly. However, some feel it’s their responsibility to not take the chance and put their child in what some consider harm’s way, just to make a political statement.

Perhaps it’s time for parents to ask themselves, what decision they would want to be made if they were the child.