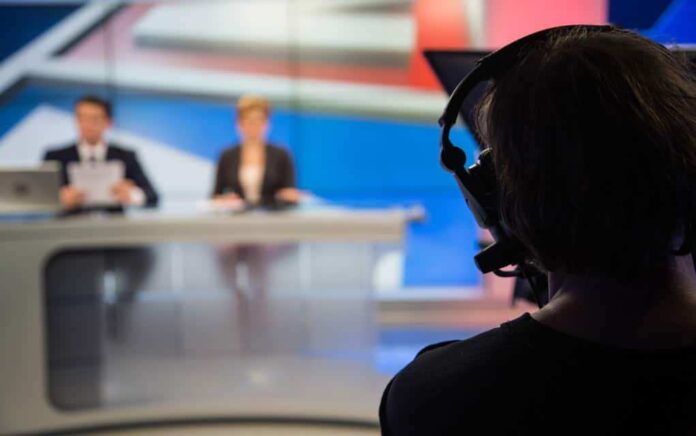 Do you remember when it was first announced that Donald Trump would run for president of the United States? It was nothing less than surprising, to say the least. Nearly overnight, the nation went from wondering who would replace Barack Obama in the White House to only worrying about how close or far that position was for the business legend.

News and media outlets came from far and wide to report everything and anything they could find on the man. It seemed like every other story reported was on Trump and some aspect of his life or beliefs.

No other time in our history had such a controversial candidate or election taken America by storm.

Now, some of this might be blamed on technology and innovation. I mean, who knows just how controversial some of our early candidates for the White House really were? But given the lack of networking and mass coverage allowed today, we never knew.

However, it can’t all be blamed on the mere existence of technology alone.

Another part of the Trump candidacy’s seeming rarity is that no matter what he did, what he said, or who chose to follow him, mainstream media chose to focus on him.

And let’s be honest, they were successful because of it. For those like the liberal CNN, their ratings were never better.

But now that Trump’s out of office, those once-rising ratings are falling like the leaves in autumn.

According to a recent compiling of data by Nielsen Media Research, CNN’s overall ratings have plummeted in the last eight weeks, starting with the first day Biden took office.

As you well know, primetime hours for the network and others like it begins at 8 pm and ends at 11 pm Eastern Time. Between November 4 and January 20 (Biden’s Inauguration Day), average ratings were right around 2.5 million viewers per day.

And yet, one day later, starting on January 21 and ending March 15, viewers during those same hours only amounted to about 1.6 million per day.

And for those within the network’s key demographic, ages 25-54, the drop was even more dramatic. During the same period, viewership dropped a whopping 47 percent.

And similar numbers can be seen for CNN’s daytime views as well.

Right after the election and up until Biden was inaugurated, CNN averaged about 1.7 million viewers during the daytime hours. After Biden took the White House, that number fell to only 1.1 million, a drop of some 34 percent.

Now, to be clear, this shouldn’t be a surprise to anyone, least of all those at CNN.

In fact, they were warned about it in 2018 by broadcast journalist legend and staunch liberal Ted Koppel. At a panel discussion at the National Press Club that November, Koppel warned the network and others that their mass coverage of Trump would eventually bite them in the ass.

He told them, speaking directly to panelist Brian Stelter, that Trump had no doubt been a god-send of sorts to CNN, bringing in ratings on a massive scale and making them plenty of “money, money.” But that would soon all come to a screeching halt.

But that doesn’t mean the network or its leadership took the matter to heart.

Instead, they were too focused on what they could make off of Trump in the here and now.

Veteran CNN producer John Bonifield, who has worked for CNN since 2002, noted even as far back as 2017 that “Trump is good for business right now.” And so, under the leadership of anti-Trumper and CEO Jeff Zucker, the network continued to push anything they could about Trump, no matter how false or unethical it was.

Take the “Russia collusion” hoax, for example. Bonifield admitted that they knew it was fake, and yet, Zucker demanded they run with it to improve ratings.

And look where that greed has gotten them. Four years later, their numbers are miserably tanking, and they have no one, and I mean no one, to blame but themselves.