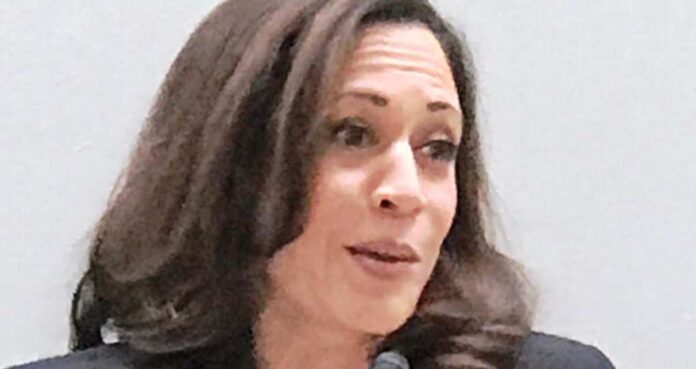 When it was announced that then-Senator Kamala Harris was to now-President Joe Biden’s running mate of choice, I have to admit I was a little shocked. I mean, rumors all said it was possible, as she is not only a woman of color as Biden promised his VP would be but also one with a great bit of name cred for herself already. However, it’s not like that name cred was any good.

If people knew her name, it was likely due to her failed and rather embarrassing stunt in running for the Oval Office herself against Biden just months earlier. Hell, she had even taken him on directly in one of the Democratic primary debates, effectively taking him to task for his prior ties to segregation and racism.

The latter information should have made anyone think twice about adding her name to the list of those being considered as Biden’s right hand, let landing at the top of it. But, then again, the Democratic Party, or at least what they have become as of late, isn’t exactly known for its reliable voice of reason, is it?

Should there have been any logic involved, and not just a general willingness to appease the political left, the party and Biden would have picked someone who actually had a record doing what they say.

And we all know Kamala Harris is not such an individual.

Californians would, of course, know of this first hand, although I have to say the outcome isn’t much different.

As a district attorney and then attorney general for San Francisco, Harris was supposedly tough on crime, putting hundreds if not thousands away for criminal offenses. She suddenly now claims are trivial and should be ignored. You know, things like marijuana use and sales, petty theft, and even the consumption and profit of harder drugs like cocaine and heroin.

At the time, Harris put anyone away and gave them tougher than average sentences, just trying to make a name for herself. But now, now that she’s pretty much on top, all those things have since been labeled as racist and the reason why the nation’s prison and jail populations are disproportionately made up of black Americans and Hispanics.

Is it any wonder now that Americans are having a hard time trusting her?

And that doesn’t even begin to explain her most recent failings while in the office of the Vice President.

In fact, according to a recent report from Axios, America as a whole, including the Democratic Party, is so disappointed in Harris that some of Biden’s top advisers and former DNC officials came together over dinner last month to discuss the problem. The goal of the dinner was to supposedly discuss America’s growing negative perceptions of the Vice President and put a plan together to address it.

Now, looking at the problem logically again, one might assume that they would work, or push Harris, to actually complete some of the tasks she’s been given thus far in her term, such as handling the border crisis.

As you well know, she was put on the task not long after she and Biden assumed their new offices. And yet, it took her a full six months to even consider traveling to our southern border with Mexico to see some of the actual problems.

When she finally did go, it wasn’t to a border facility in the heat of the battle. Instead, it was one some 800 miles removed from where most of the issues occur. And since then, she has literally done nothing to stop the growth of illegal crossings, the massive number of detained and unaccompanied children, or the number of COVID cases being brought into our communities by illegals on a daily basis.

And then, of course, there are the growing rumors that she and her chief of staff, Tina Flourney, are pretty much tyrannical to work under, as well as abusive.

Naturally, the “press coverage crisis” dinner, as Axios called it, didn’t focus on these problems. Instead, they blamed their go-to enemy: sexism and racism. And “The View” hosts Joy Behar and Whoopi Goldberg were all too eager to confirm it, saying that Kamala’s national bad report is only because her critics are racist and misogynistic.

Well, of course, they are.

Never mind the fact that she’s just about the most liberal, smug, and do-nothing person to ever disgrace her office… I’d say the DNC is getting just what they asked for.