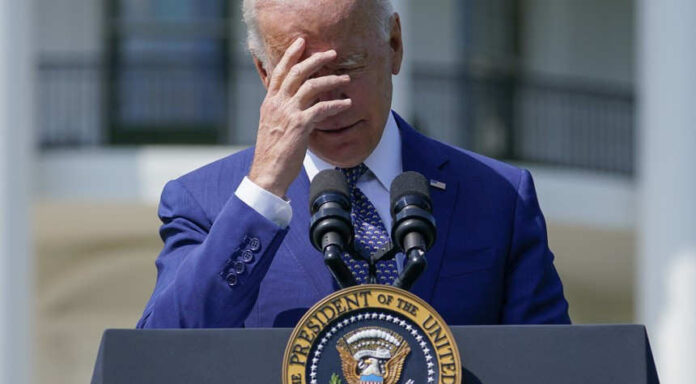 If there is one thing that the media does exceptionally well is making themselves look foolish when they try and attack people of integrity. The media has made it a point to attack Ron DeSantis to smear his name before the 2024 election arrives. They fear that he will singlehandedly unite the nation against the Democratic Party and restore a sense of patriotism to the country. And that is something that they cannot afford to have happened.

Each attack they lobby towards the man ends up hitting them in the face. They emerge with black eyes and bruised egos. The problem that they have is finding anything tangible to pin on him. It is the same thing they struggled with when Donald Trump was president. They could not find anything to tear him down with.

The media has to resort to making up fake news about DeSantis and finding some way to make the public believe it is true. But DeSantis uses proven facts to make and base his decisions on. So, the media has a hard time proving their stories.

The latest attempt to drag down DeSantis had to do with how the man was giving a speech. They could not find anything better to attack him with, so they went after him, looking at his notes before making the following statement.

David Freelander was just one that made a fool of himself by calling attention to the way DeSantis was giving his speech. And once the media had their smear story in place, it spread like a fire consuming gasoline.

This is well-turned, but is he checking notes as he delivers it? pic.twitter.com/D4ACKusRWn

The sad part is that the story would end up backfiring in their liberal faces. Their beloved President has the worst speech-giving skills of all time. He looks at his notes and still screws up the facts. He cannot even remember where he is giving a speech or the people he has to recall.

His liberal puppet masters have to program the teleprompter with childish statements to understand what he is supposed to be talking about. But even with all the help, Biden still makes everyone around him look foolish.

Yes. The need to keep referring to notes to deliver a not-hard line is a reminder he actually hasn’t been the on a national stage that long. https://t.co/XWPCNsjAoY

The media tried hard to make fun of Ron DeSantis but ended up calling attention to a matter that they have tried hard to make people forget about. Joe Biden is the worst at giving speeches. He cannot get the facts straight even though they are prepared and placed right before his face.

In one speech the old man gave, he tried to tell the country that 350 million people had received the vaccination. That would have put the country at 100 percent vaccination rate. Not to mention that there are not even that many people living in America. So somewhere along the line, the dead voters who cast their vote for Biden had also received the shot.

In the same speech, he screwed up the numbers adn he also tried to guilt-trip the unvaccinated. By his admission, the entire country was vaccinated, so everyone wanted to know who these other people were that he was trying to go after.

The media does not know how to attack opponents. They are terrible at reporting the news. Ron DeSantis has a lot on his mind, so it stands to reason that once in a while, he will need to reference his notes to make sure that he does not screw up as Joe Biden does daily.

The media has to work overtime to protect Biden and his dementia. They still need the old man to grab as much power as they can before the Republicans step in and stop the crookedness of the Democratic Party.

The liberal party does not care about the country or the people that call it home. They are more interested in what they can get for themselves and how they can keep their sorry faces in power. They are willing to destroy every person that stands in the way of them achieving their goals. Even if it means making up lies about people and trying to pass said lies off as truth on national television.