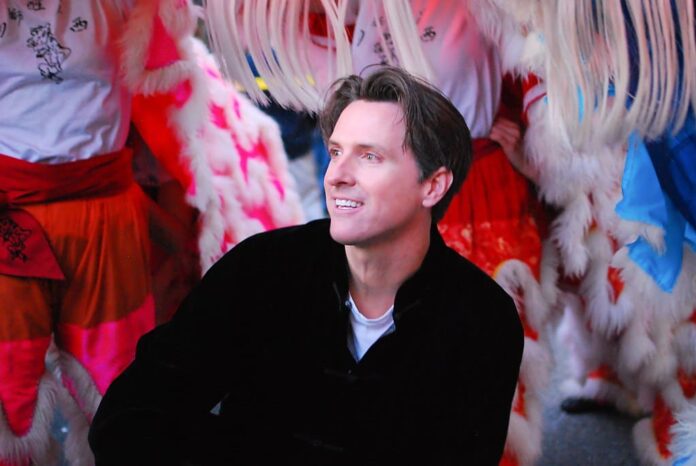 Gavin Newsom is a man that thinks very highly of himself. He walks the earth thinking he is the closest thing to being a liberal god than any other person. He believes that he does not have to answer to any authority other than his own. And all of his actions attest to the truth that he is a dictator and that he rules California with an iron fist.

Newsom travels his liberal kingdom bragging about the so-called victories he believes he has led the state to. He rejects the notion that his decision and illegal lawmaking endeavors have increased the unemployment rate, pushed businesses into other states, lockdowns, and suffering.

He believes that he is the reason why every last soul in the state survived COVID-19. The lustful man loves praises and power. If people are not going to think he is some kind of god, he will parade himself around like a bloated monarch forcing people to worship the fraudulent dictator.

Newsom is bucking the idea of a recall. He just cannot come to grips with the truth that over 2 million people have signed a petition to have a special vote to try and remove Humpty Dumpty. The California governor sits on a wall thinking no one can reach him. And his fall will be great, and there will not be a person that will even want to put him back together again.

The Newsom tour began with an attempt to improve his image. He makes it a point not to talk about any negative issues he flopped in the past. The things that Newsom is good at depends on which person is writing the report. His Democratic brothers tell a prideful story of how he beat COVID-19 while abusing the general population.

But the real story is told by the souls that lost their jobs or suffered during the fires after he turned off power to millions thinking the fires would miraculously disappear. He is hoping to avoid these stories because they would be the catalyst to enlist another 2 million signatures in favor of his recall.

Gavin Newsom believes that his forced lockdowns have somehow led to the reduction of infections in the state. It could never be that the vaccine or immunity has anything to do with it in his mind. He brags that the death rate is lower in his state than anywhere else. But it is not by much.

Florida and Texas had an open season for the past year, and both states saw the same successes. Except those two states do not have the ruined lives and unemployment rates to deal with. People are happier and love their governors. But Californians are praising the day when Newsom is gone for good.

The Democratic fraud never talks about the path he took to get to his fallacious reality. Newsom brags of his lockdowns and yet never mentions that he followed them to the letter. Everyone knows that he lived a different life than what he forced others to accept.

His tenure as governor is marked with $11 billion in unemployment fraud and the destruction of lives. The state is in ruins, and many citizens have left for greener pastures. But Newsom will never talk about those failures.

State-level Democrats are trying their best to defend the disillusioned governor, but the voters know the truth. They see the failures and the pain left in the wake of his atomic neglect.

Newsom’s life and track record are full of speed bumps and potholes. The liberals love the chaos as long as it does not impact their lives. The minute the trouble comes to their homes, they want to put things back the way they were before making the changes.

The hypocritical lifestyle the governor lives in slaps every other Californian in the face. Newsom exempted his life interactions from having to obey the pandemic orders. His favorite places to eat and even his kid’s schools were able to stay open and operate normally. And there was not a problem with COVID-19 outbreaks in any of those places.