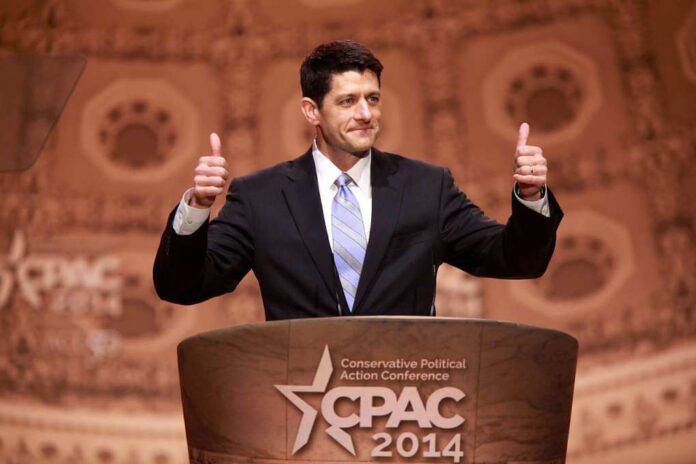 Sen. Paul Ryan (R-KY) has been making headlines with his firm stance against some of the more ridiculous of the liberal causes in recent weeks.

The Kentucky senator was in almost every major online publication after his tiff with Dr. Anthony Fauci, something he talked about with Fox News host Tucker Carlson on Friday where he again touched on his belief that Fauci was being theatrical when pushing for both the continuation of masks and the administration of vaccines nationwide.

“There was Dr. Fauci’s opinion, his conjecture that someday there might be a [COVID-19] variant that escapes the control of the vaccine and becomes a pandemic and hospitalizes and kills people — but there’s no evidence that it has happened. He thinks it might happen, so you need to wear the mask until he’s sure that things that might happen are not going to happen.”

“There are no news reports and no scientific studies saying that after vaccination that there is some sort of widespread contagion that people vaccinated are spreading the disease,” Paul continued. “What Fauci won’t tell you is that he’s telling you a noble lie. He’s lying to you because he doesn’t think we’re smart enough to make decisions. His fear is, if the vaccinated quit wearing the mask, the unvaccinated will say, ‘What the hell, I’m not wearing a mask either.’”

He then spoke on something previously not reported, which was a so-called “Karen” who was hassling him while at the gym about not wearing a mask while he worked out on a treadmill.

“I was on the treadmill the other day and some Karen goes and tells the people ‘He’s on a treadmill; he’s running without a mask’ … Is this the world we’re going to live in, where everybody’s reporting everyone and the Gestapo’s going to come [and] arrest you?”

Paul has stood staunchly against any encroachments on the freedoms of average Americans and what he sees as governmental overreach, as he did in the aforementioned heated exchange.

“Given that no scientific studies have shown significant numbers of reinfections of patients previously infected or previously vaccinated, what specific studies do you cite to argue that the public should be wearing masks well into 2022?”

“I’m not sure I understand the connection of what you’re saying about masks and reinfection,” Fauci replied. “We’re talking about people who have never been infected before.”

Sadly for Americans, the line between healthcare and politics has become drastically blurred as it becomes more and more apparent that voters can be manipulated with the fear of a virus that has very limited information. The entire world has displayed exactly what they will allow to happen even in the face of the possibility of an illness they don’t have reliable information on.

While COVID-19 did indeed kill far too many and there was much to be concerned about, however, there will be much more if now that we understand the survival rate, we don’t force our elected representatives to recognize our rights and act in a manner that behooves those who add no value to the world in and of themselves.