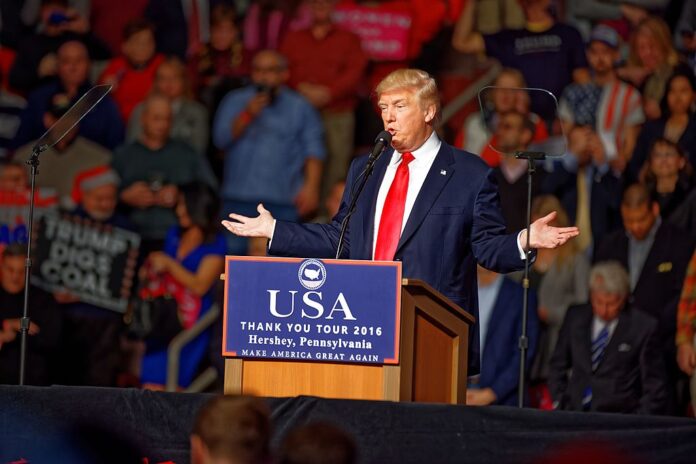 If you are a true American, someone who believes that we all have the right to think, feel, and say what we want, then you likely also believe that we all deserve to hear the truth, no matter whose truth it is. It is then for us to decide what and whom we choose to believe or not believe – at least that’s my opinion and apparently that of our founding fathers, as they made sure to protect our freedom of speech in our national Constitution.

However, it would appear that Fox News has recently fallen into the category of those who don’t believe such things.

Why do I say that?

Well, as you know, the network is one of the few to still put at least some small measure of stock in the words of former President Donald Trump. As such, they have still taken his interviews and seek out his opinion, for the most part. In addition, a number of their employees, both journalists and show hosts, have come out in strong support of our former leader, and, unlike other networks, Fox has not banished or fired those persons.

However, as of late, they seem to have a penchant for doctoring Trump’s words – or at the very least editing them to exclude particularly sticky things such as election fraud claims.

That’s right. They are actually deleting, editing, and changing the words of Donald Trump before letting them be aired.

The latest incident of this happened this past weekend when Trump appeared for an interview with Fox News host Dan Bongino that aired on Saturday.

As with just about any Trump interview can be expected, a discussion of what is currently going on in the nation and where our leaders are taking us came up. And Trump, like many Americans, isn’t particularly pleased with all that’s happening.

In the interview, Trump is noted to have said, “It’s a disgrace what’s happening, and I don’t think the country’s going to stand for it.” He then went on to give his reasons why. He pointed out the continued move in some areas to defund the police, the rising violence and crime that is a direct result of that, the increased problems in border security, and, of course, the pandemic and the current political atmosphere.

All of this can be heard from the network’s YouTube channel without a problem. But what you don’t see or hear is a full 36 words of conversation on a “fake election” and election fraud.

Along with her comment, Harrington added the full and unedited version of the interview with Bongino, in which he also said, “You have a fake election, you have an election with voter abuse and with voter fraud like nobody has ever seen before, and based on that and based on what happened they are destroying our country.”

Harrington later made it clear that Bongino himself likely didn’t have anything to do with the edit, as he has been known for years a true and staunch Trump supporter. Instead, she concluded that this was nothing but the fault of Big Tech and Fox News itself.

And on Sunday, Bongino confirmed this, saying he didn’t even know about the edits to his show until they were publicly aired. However, he said he would personally take responsibility for it, as it did happen on his show. He vowed that we would also be “looking into this” and “provide a full account of what happened” when he found it.

I wouldn’t say that this is the only instance where the network has caved to the political left, but it’s certainly one of the larger ones. In June, Trump was similarly “edited” by Fox while speaking at the southern border wall in Texas. Here too, it was only when the former president was speaking of the alleged election fraud that they cut away from his speech.

If I didn’t know any better, I’d say Fox doesn’t think we can formulate opinions of our own once hearing the alleged claims of Trump. Like the rest of MSM, they have taken on a vow of silence on the subject, almost as if not speaking of it will either make it not so or make Trump suddenly go away.

Neither is the case.

America has the right to hear the truth, plain and simple. And Trump is right; we aren’t going to stand for this type of censorship much longer.