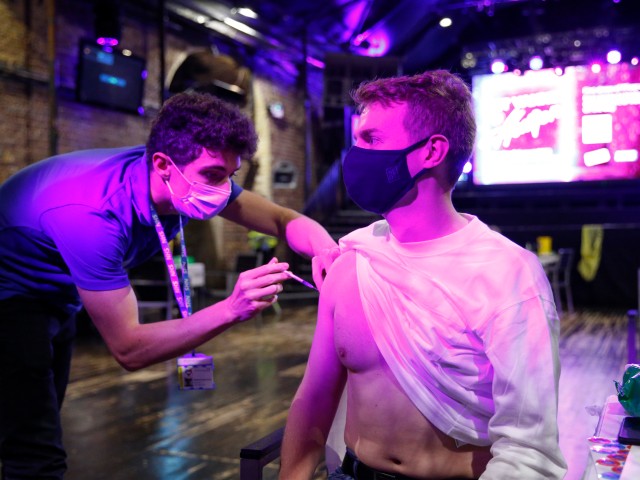 A combined 51 per cent of people responded to a YouGov poll on Thursday admitting that if they discovered that someone who had previously provided them with a service, such as a hairdresser, had not taken and was not going to take the Covid-19 vaccination, they would stop visiting them or using them.

The findings come after a survey from the same polling firm found last week that most Britons (60 per cent) backed vaccine passports, including for places such as care homes, pubs, gyms, and cinemas.

A succession of polls from YouGov — co-founded at the turn of the millennium by the current vaccine minister, Nadhim Zahawi — have found Britons backing more and harsher lockdown restrictions since the beginning of the Chinese coronavirus pandemic.

Some, however, have expressed doubt over whether polls truly reflect the mood of the nation, including the chairman of the influential 1922 Committee, Conservative MP Sir Graham Brady.

“I also think some of these opinion polls are wide of the mark. One that made me laugh, I think around about the turn of the year had 70 odd per cent support for continuing lockdown but I think about 60 per cent of people said they personally weren’t following the rules.

“An awful lot of people, I think, think that they personally are well able to make rational decisions for themselves and their families they just think all of the others are too stupid to do so,” Sir Graham speculated last month.

Some are more blunt in their scepticism of the results, with the chairman of Reform UK Richard Tice claimed to observe a correlation between the government announcing a new coronavirus policy, for which he said YouGov results appeared to show support.

“I don’t trust YouGov. I don’t truth the polls that they release because that is more than just a coincidence,” Mr Tice said.

On July 19th, the day that most lockdown restrictions were lifted, Prime Minister Boris Johnson announced that from late September, double vaccination would be required for entry to nightclubs, widely seen as a threat to force younger generations, who also have been the most inclined to drop mask-wearing, to be vaccinated.

Tice and others have warned that vaccine passports for nightclubs were merely the thin end of the wedge and a “Trojan Horse” for a national identity card system, something Britons and their elected lawmakers have long resisted.