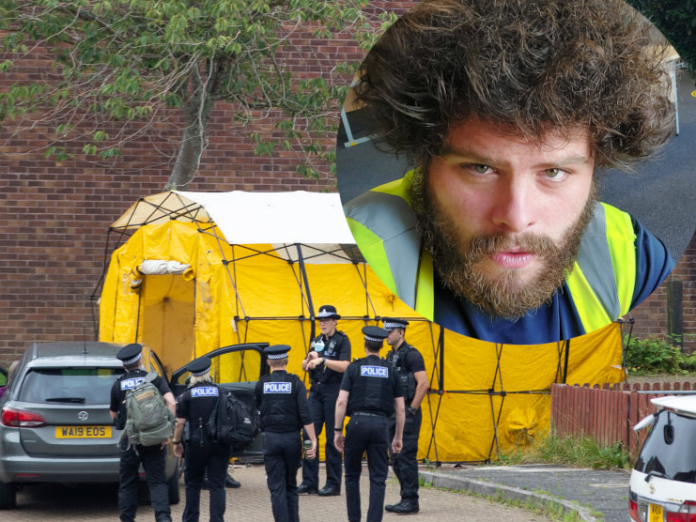 Among the dead at and around Biddick Drive near the naval city’s Keyham docks are reported to be a young girl, two women, and two men. An unspecified number of others are presently in English hospitals receiving treatment. Including the killer, who is said to have turned his gun on himself, six died in Plymouth on Thursday night.

The gunman has been identified in UK media as Plymouth resident 23-year-old Jake Davidson, who is an employee of the defence and aerospace contractor Babcock, which has a heavy presence in the area. Police have not revealed a motive for the killing attributed to Davidson, but they have said it is not being treated as a terror incident.

As of Friday morning, several social media accounts associated with Davidson remain active, with profile pictures showing the 23-year-old at his place of employment, wearing a high-visibility vest and company-branded shirt. Davidson’s Youtube channel includes a series of monologue videos where the man discusses weightlifting and his difficulties forming adult relationships.

Video titles include ‘working on yourself” Lack of willpower drive and motivation when life beats you down, and Missing out on teenage love and experiences and people who say “its not a big deal”. Archival versions of Davidson’s Youtube page show a mid-July upload, now deleted, entitled 23 Year Old Virgin Autist.

In the description for the now-deleted video, Davidson wrote: “venting about my life sorry for the pity party im not really looking for that but there is a lot more BS [bullshit] i dealt with in life that i didn’t mention [sic]”.

The BBC cites an eyewitness to Thursday night’s attack who described how the shooter struck at one house first, before shooting at people in the street. It is not yet clear where the deceased were killed. The witness claimed: “Firstly, there was shouting, followed by gunshots… This was when the shooter kicked in the door of a house and randomly started shooting. He ran from the house shooting as he ran and proceeded to shoot at a few people in the linear park up from the drive.”

This story is developing and more follows.