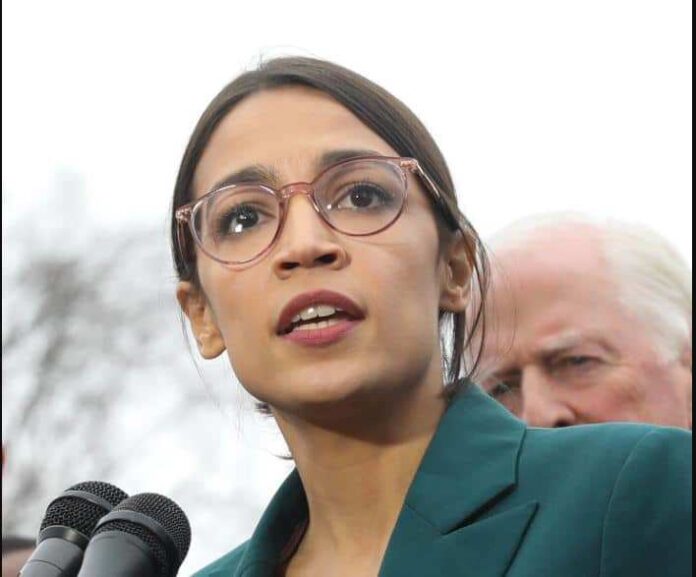 The Notorious Alexandria Ocasio-Cortez is back trying to make a name for herself in politics. When she first started in the House, she wanted to usurp authority from Nancy Pelosi and force the witchy woman to do what she wanted her to do. But she would find out that she is not the one calling the shots. She would have to find another way to gain the power that has long corrupted her soul.

Ocasio-Cortez has her sights on Chuck Schumer’s position. She wants to challenge the devilish man for the right to sit in his chair in the 2022 election cycle. The young politician shows why her generation believes they deserve to have the highest positions without putting in the time to work their way up the ladder. Her socialist mindset forces her to think that she should be served everything her heart desires.

She tries to make people believe that she does not have high aspirations, but her actions tell another story. She wants power and will do just about anything to get it. And if that means taking down a fellow Democrat in the process, she is more than willing to strip him of his seat in the Senate. She could not get Pelosi’s seat, so she is going after Schumer.

The baby-faced politician stated that “I know there’s a lot of people who do not believe that. But I really — I can’t operate the way that I operate and do the things that I do in politics while trying to be aspiring to other things or calculating to other things.”

Her words are made to confuse people and make them think that she is an innocent toddler trying to make her way in a big person’s world. But her actions dictate that she has a plan to get herself into the White House sometime shortly. Her eye is on the pen that can issue executive orders. She needs the pen to instill the socialist agenda without dealing with members of the Senate or House.

The media has done their part to set her up to be a high-profile member of the House. She states that she is unsure that she wants to live out her selfish days as a House politician. But deep down, she wants more. She wants to rule the land and force all people to worship at her feet.

The AOC is a part of a group of nasty liberals that want to destroy America. She and the others of her group pull Biden’s strings when they need something done for them. But she is also quick to stab people in the back to get what she wants out of them. Chuck Schumer is set to be her latest victim.

She has been seen playing nice when it suits her. She has hugged her victim after a speech given on the steps of the Capitol Building. She makes it seem like she has the backs of her fellow Democrats, but she really is pasting a target on them, so she knows where to shoot.

She has taken fights up with Biden by claiming that Schumer is backing her ideas to put pressure on the old president to do what she needs him to do.

Schumer has come out of his liberal closet and has tried to show that he is a progressive at heart. Somewhere along the line, the spider has mesmerized her next victim into thinking that she cares about him and what he thinks. But in the end, he is being used by the AOC for her political aspirations. And once she has what she once Schumer will be left to rot.

The AOC has stated that “For what it’s worth, Senator Schumer and I have been working very closely on a lot of legislation and that, to me, is important.” But she left herself an out by stating that they will see where their relationship goes politically speaking.