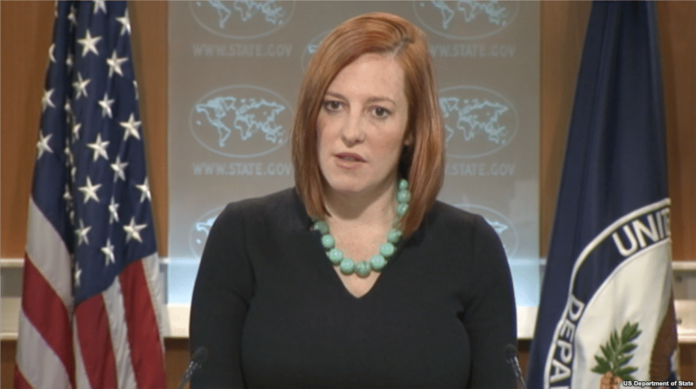 White House Press Secretary Jen Psaki took her COVID fight to Florida’s Republican Gov. Ron DeSantis on Friday during a press conference where she accused him of using the coronavirus as an opportunity to increase his standing and raise funds for his campaign.

Now, before we get into the nitty-gritty of who said what, when, and why, let me take a moment to point out something that has helped parse out motivations in politics. It’s no great secret that politicians generally think well of themselves. It’s also not a big shocker that, in general, conservatives tend to be more religious and make decisions based on moral standings than their counterparts over at the DNC.

The conclusion that many are just now allowing to settle in is that Democrats and the party as a whole tend to function straight out of the narcissist handbook. Hear me out before you call this pseudoscience (which it totally is) and leave.

Those with a narcissistic personality disorder have a few tricks they use to manipulate people, including, blaming their victims, intimidating them, blackmailing them, shaming them (sound like any political parties you know?) but possibly the most frustrating is the projection. It’s almost a sure bet that a narcissist, and a Democrat, who accuse you of something are guilty of it themselves. You can just about take it to the bank that if you’re dealing with a manipulative person and they accuse you of something out of the blue, it’s because they’re doing that very thing.

So, with that in mind, let us turn our attention to everyone’s accusatory, manipulative and shaming redhead, Jen Psaki. The White House chief communications officer took the Florida governor to task, saying that he has made his COVID-19 response decisions based on what would earn him the most fundraising dollars, not what was consistent with public health and wellness:

“As a parent myself, of two young children, I want public health officials to make decisions about how to keep my kids safe, not politicians. And not only is Gov. DeSantis not abiding by public health decisions, he’s fundraising off of this,” Psaki said during Friday’s White House press briefing.

She added, “So my view, and our view as an administration, is that parents in Florida, parents across the country, should have the ability and the knowledge that their kids are going to school and they’re in safe environments. That shouldn’t be too much to ask.”

DeSantis didn’t take the news that the Biden administration was defaming his name well, and he fired back at President Joe Biden who was also caught criticizing him for his handling of the outbreak, as IJR reported previously.

“Joe Biden has taken to himself to try to single out Florida over COVID. This is a guy who ran for president saying he was going to ‘shut down the virus,’” DeSantis said on Wednesday. “And what has he done? He’s imported more virus from around the world by having a wide-open southern border.”

But DeSantis didn’t stop there, he had some advice of his own: “Why don’t you do your job? Why don’t you get this border secure? And until you do that, I don’t wanna hear a blip about COVID from you, thank you.”

So, what have we learned? If a Democrat is accusing you of it, they’re probably guilty of it. Can anyone think of a time when a Democrat has chosen to do something because of money instead of the best interest of his or her constituents? Yeah, try not to get bogged down naming all the times we’ve seen that.

Psaki, an appointed official that is not at all well-liked, is trying to push around the governor of a whole state, who was elected, and is very well-liked by his constituents (and the nation) telling him that he is harming children by not requiring them to spend eight hours a day breathing in the air coming out of the filthiest part of your body (look it up, your mouth is germier).

But sure, let’s take the advice of a perpetual manipulative liar over the word of a beloved elected official who actually has to answer to the citizens of his state. That seems smart.