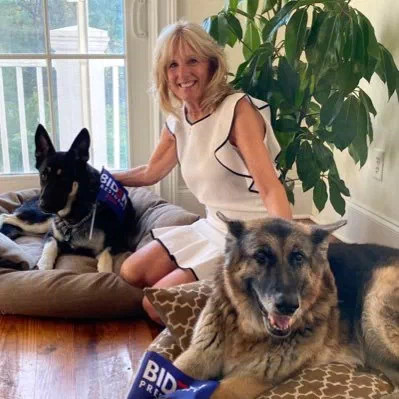 It’s important to show the kind of activity that is allowed on Twitter. The @POTUS Twitter account is designed for the current president to speak openly. It’s a way to communicate with the American people.

After that, there are all sorts of other accounts that can be created.

It seems that the social media platform has made it possible for the Democratic presidents to communicate easily – whether they’re in office or not.

Instead, Twitter will continue to claim that Trump broke the terms and conditions. Jack Dorsey, the platform’s CEO, likes to use words like “misinformation” and “false claims” to explain why Trump’s account was permanently closed.

Meanwhile, Champ and Major, the “first dogs” of the White House, are actually given a Twitter account.

What is wrong with the world when dogs are given an account but a former president is not?

Really? Why is it that dogs are capable of tweeting without breaking any terms and conditions? We don’t know what Champ and Major actually think about being in the White House. For all we know, they think that their dad is an idiot – just like countless Americans around the country.

The account may allow us to be lied to every day because the dogs talk about their adventures around Washington DC and beyond. This is perfectly acceptable.

Twitter is fine with terrorists, dogs, and other questionable entities holding accounts. They can choose to tweet about anything and everything. They can share photos, videos, and more.

Although @RealDonaldTrump had millions of followers, Twitter chose to issue a permanent suspension. He wasn’t allowed to learn from his mistakes. And, he wasn’t allowed to open a new account with a new handle. Instead, the platform decided that they simply didn’t want to hear what Trump had to say any longer.

Free speech is a constitutional right. More importantly, an elected official should have the ability to speak freely. Although Trump is no longer president, he should still get a voice. Obama and other presidents have been able to speak up through social media.

The liberals have allowed Twitter to be the judge, jury, and executioner of the constitutional right. Freedom of speech? Only if Jack Dorsey grants it so.

It’s only a matter of time before Trump gets his voice back – and it will be on his own social media platform. At that point, he’ll have the ability to speak and it will be the First Dogs who will have to be silenced – as it should be.