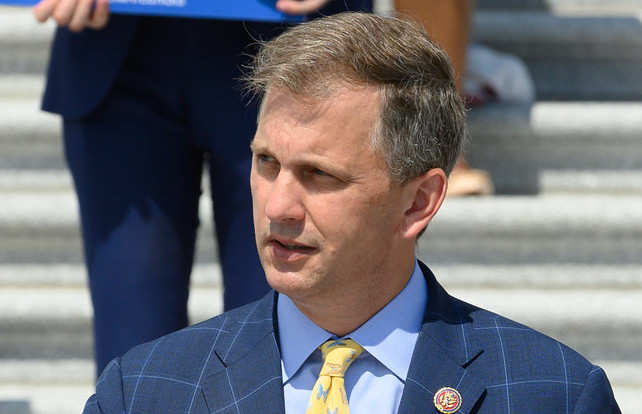 As most members of Congress look to make it easier for Americans to afford things, a Democratic Representative out of Illinois would rather sit on his high horse and look down on everyone. Sean Casten explains, “a little bit of inflation” is “a good thing.”

Prices are rising all across the U.S. It can make it difficult for people to pay all of their standard monthly financial obligations while getting all of the other things they need and want to enjoy life. You know, things like food, clothing, and the occasional trip to the movies.

According to Casten, the economists he’s been talking to have identified the inflation as being “manageable,” including Jerome Powell, Federal Reserve Chairman.

While some inflation can be good, it is only manageable when pay levels are climbing at the same rate. Do you think that the federal government is going to adjust the cost-of-living rates for Social Security, VA disability, and federal salaries based on the new inflation rate? Of course not. To do that would mean too much money.

It means that the inflation isn’t manageable – unless you’re already making so much money that three to four percent more for various items don’t phase you.

Casten is so far removed from reality that he’s begun insulting Americans. He talks about how inflation is a good thing because the interest rates are kept manageable due to a mandate from the Federal Reserve. Since 2008, interest rates have been cut on several occasions.

Great, that covers interest rates. What about the costs that people are faced with at the grocery stores? He obviously doesn’t care that many people are struggling with such things as the rising cost of a gallon of milk or a loaf of bread.

To make matters worse, Casten goes on to say that inflation is good when you can get a raise. However, if you cannot afford a vacation, “Beauty is in the eyes of the beholder.”

Is Casten really this arrogant to believe that people are looking to take vacations right now? It would be great to hear how Alexandria Ocasio-Cortez feels about Casten’s comments considering that they’re part of the same Democratic Party. It just highlights just how different the Democrats are in their way of thinking.

The GOP sees it as a bad thing because inflation is surging forward at unprecedented rates. Meanwhile, the Dems would like to live in denial about it all because it can hurt their chances of being reelected.

Either way, Powell himself says that inflation will fall in line once the economy starts opening back up. Perhaps Casten should focus more on getting the economy to open up rather than convincing everyone that inflation is a good thing…since it’s not.