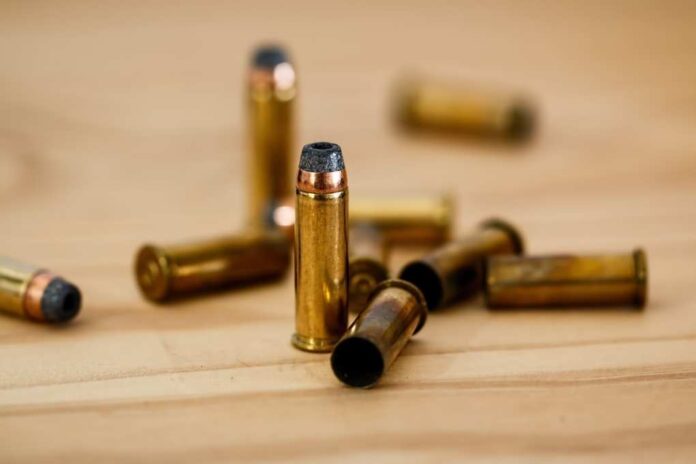 After 18 people were gunned down in cold blood last week in Georgia and Colorado, gun control is the subject of heated debates between Democrat and Republican lawmakers. Though this has been a controversial topic for decades, these latest mass shootings have it once again floating at the top of the cesspool.

Democrats are aiming to tighten ownership controls to the point of sainthood. “Sorry, you’ve had too many parking violations.” Using every citizen’s right to personal protection as the basis for their argument, Republicans are saying they should be easier to purchase. Especially since liberals think defunding police departments is a wonderful idea.

Since Democrats currently control the U.S. House of Representatives, they’ve wasted little time in trying to secure their quest. They’ve already approved legislation that would expand background checks beyond all conceivable measures.

Should a would-be buyer’s name pop-up in a nationwide database for even a non-violent minor offense, by their new rules, the purchase can be delayed for an excessively long time if the sale ever goes through at all.

But what the Dems have conjured up still has to get through the US Senate where the Republicans are already deploying their heavy artillery in anticipation of the battle. However, regardless of the intensity of the fights, Democrat Senators still have the power to push it through, but only if they all vote yes, and this remains uncertain.

States controlled by Democrats are pushing hard to make purchasing a weapon difficult. In Maryland, Republican Gov. Larry Hogan tried to veto a proposed bill that would require background checks for the personal sale or transfer of weapons. Democrats, who hold the majority, overrode his veto and passed it anyway. Prior to this, background checks were only required for new purchases.

Democrats in Washington state have proposed the banning of high-capacity magazines though it has yet to pass. They did, however, manage to slide a bill through one house of the Legislature that would ban all weapons from permitted demonstrations, and from being openly carried anywhere on State Capitol grounds. It still has to make its way through the second house.

What can be said about California? As usual, they’ve gone off the rails. As if this is even possible, they are expected to pass a law that would require some type of personal identifier on the casings of every bullet purchased to identify who bought them.

Maybe something like their initials or a family crest. This would be required for both private citizens and law enforcement officers. Opponents of the bill say the Democrats are nuts. We agree.

Since Joe Biden took office at least five states are already in the process of tightening gun controls with more surely to follow. Lengthening the waiting period appears to be their top priority.

Republican lawmakers in their respective states are trying to stop the madness. So far at least a dozen states, with more coming on board daily, are hoping to pass legislation that would override gun control laws passed on the federal level by Joe Biden.

All of them are for the most part using the same template. The law would prohibit all city, county, and state law officers from enforcing any additional controls pushed through by the D.C. Democrats. Some lawmakers have gone a step further. They’ve suggested that any officer who disobeys their state law could face criminal charges and other penalties.

Some states, such as New Hampshire, are getting really serious. Republican lawmakers there are trying to amend their state constitution, which would require voter approval.

Their goal is to ban all future federal laws that would place additional restrictions on gun purchases. The ban would also block Democratic lawmakers in New Hampshire from even attempting to weaken the rights of the citizens in their original 13-colony state.

As completely expected, Tennessee is saying, “If ya got ’em, carry em.” If Republicans in the state get their way, which they probably will, almost every citizen over the age of 21 could legally pack, permit, or not.

They can hide a gun in their shirts and/or purses, or strap a holster around their waist. Whatever cranks their individual tractor.

It all comes down to where you live as far as what you’re going to have no choice but to tolerate. Unless you feel like moving that is. The only comfort is in knowing that these new restrictions will only last as long as the Biden/Harris administration does.

Come next election cycle after Democratic voters realize what they’ve created, they’ll be switching sides and voting Republican to get things back to the way they were and should have never changed.