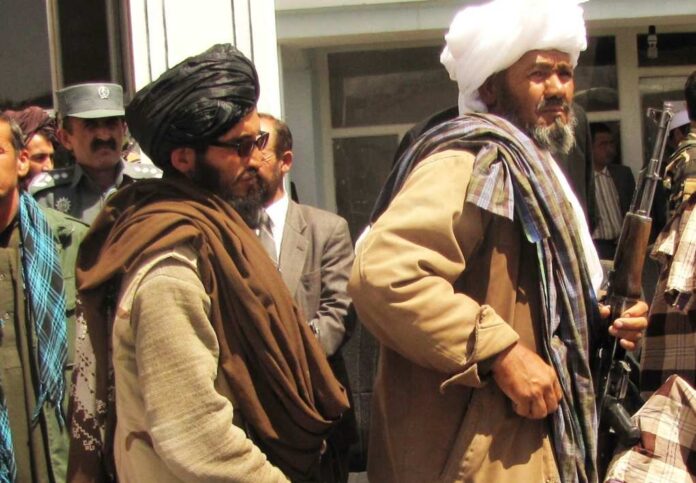 The Taliban is asking for international respect. They want to be recognized as more than the loosely structured group of ragtag murderous thugs they are. The Biden administration was hopeful that the withdrawal of U.S. troops from Afghanistan would help to quell the Taliban’s desire for using violence against innocent civilians, but it backfired and they’ve stepped up their game.

Diplomatic resolutions are of no interest to the Taliban. Been there. Tried that. Just in the past week, six provincial capital cities have fallen to their relentless onslaughts. The Taliban’s ultimate goal is to return Afghanistan to its former inhumanly oppressive sharia system of law where unfathomable punishments are the order of any given day for the least of infractions. These include singing, flying a kite, and watching television.

No longer having to battle their way through pesky U.S. and NATO defensive lines has put some Taliban commanders in a better mood. It’s been reported that a few of them have slowed their roll, but for the most part, violence remains the preferred method for getting their point across.

In one captured community it was alleged that the Taliban demanded the residents to round up all girls over the age of 15 so they could take them as wives. They at first refused the request but later came to their senses once the Taliban began executing them, at first one by one, then en masse. You may now kiss your bride.

The Biden administration, severely inflicted with “headuptheassitis,” is still hopeful that the Taliban’s quest for approval as a legitimate entity might turn things around. Who wants to recognize a bunch of ruthless murderers? Meanwhile, their strength grows as they continue to enforce the brutal laws of Allah according to them.

As proof of the Biden administration’s weak approach to a real problem, White House press secretary, Jenn Paski, said, “If the Taliban claim to want international legitimacy these actions are not going to get them the legitimacy they seek,” and this is exactly what they were told. They even went as far as to send Zalmay Khalilzad, U.S. envoy for Afghanistan, to Qatar to deliver the lame warning in person. “Play nice, boys.”

Donald Trump signed a deal with the Taliban in 2020 that was going pretty well for the most part. After fruitless decades the U.S. was finally coming home and the Taliban had actually somewhat cooled their jets as promised. The signed agreement became worthless paper when Joe Biden took office. The Taliban doesn’t recognize him as a legitimate president.

Only three nations formally recognized the former short-lived Taliban government as legitimate prior to its fall from grace, and considering how they were Pakistan, Saudi Arabia, and the United Arab Emirates, it doesn’t lend much to the credibility the Taliban is now seeking.

Prior to 9/11, former Taliban grand-poobah Mohammed Omar made a gesture to prove what a nice guy he was by banning the growing of poppy seeds used to produce heroin. When the gesture failed Omar told his officials that he didn’t think there was anything they could ever do to gain approval. They would forever be subjected to international condemnation.

The Taliban of today, much stronger than in the past, doesn’t need the approval or support of anyone, it would just be kinda nice to have it as they take control, which they’re going to do either way. By overtaking all or a good portion of Afghanistan, the Taliban can control border fees and such which will line their pockets with untold wealth, and with foreign troops out of the way, they can easily accomplish this.

Senior Afghanistan analyst for the International Crisis Group, Andrew Watkins, said of the recent talks in Qatar, “Taliban political representatives did express genuine interest in international legitimacy and all the benefits that come with it.” But the meeting fell short of its goal because “what the Taliban never did was indicate a willingness to compromise their behavior enough to lock down any such global recognition or financial support.” It had to be their way or no way at all, and that’ll never happen.

But there was some compromise and it was happening thanks to Donald Trump. The transition was going as smoothly as it possibly could. Trumps’ tough guy approach is the only language the Taliban speak. They can’t understand a word Joe is saying, and even if they could, where the Taliban is concerned, nice guys finish last.