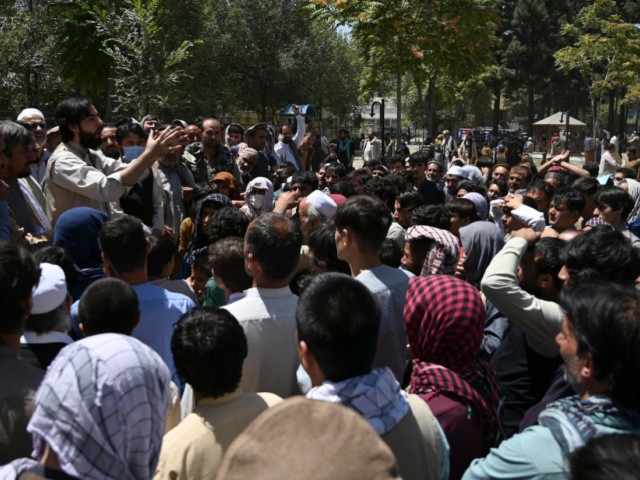 The refugees are special immigrant visas (SIV) applicants and will be housed at Fort McCoy in Wisconsin and Fort Bliss in Texas, according to a document Fox News obtained.

“The situation in Afghanistan may lead to DoS [Department of State] allowing Afghan SIV applicants to be moved to temporary housing locations while still being vetted for parolee status,” the document states. The DOD will determine “who is sent forward,” and the military will provide housing, food, and shelter.

Pentagon spokesperson John Kirby told Fox News, “We want to have the capacity to get up to several thousand immediately, and want to be prepared for the potential of tens of thousands” of refugees, noting that American citizens will not be given priority evacuation status over Afghan refugees:

Bliss and McCoy have the capability right now – and what’s advantageous is with a little bit of work, they could increase their capacity in very short order.

The State Department’s website defines the SIV as “available to persons who worked with the U.S. Armed Forces or under Chief of Mission authority as a translator or interpreter in Iraq or Afghanistan.”

“This program, which offers visas to up to fifty persons a year, remains active,” the website states as of August 16.

Breitbart News reported that demands were already underway for the United States to accept refugees from the crisis President Joe Biden created in Afghanistan, exacerbating his open border policies during a pandemic.

Florida State Rep. Anthony Sabatini (R) told Breitbart News exclusively on Sunday that “under no circumstances should America accept a single ‘refugee’ from Afghanistan due to Biden’s disorderly withdraw.”

“We cannot afford to further contribute to the hundreds of thousands of ‘refugees’ no matter where they come from — South America, Middle East, or Asia,” Sabatini said in reference to the 21-year high in southern border crossings.

Sabatini explained there are vast differences between societies. “Americans don’t want middle eastern foreigners shipped into our country–these people do not share our culture, history, and traditions,” he said.

Over the weekend, Taliban terrorists have overrun the capital of Kabul, the president’s palace, and the airport. The establishment media have compared the fall of Kabul to the fall of Saigon, Vietnam, in 1975.