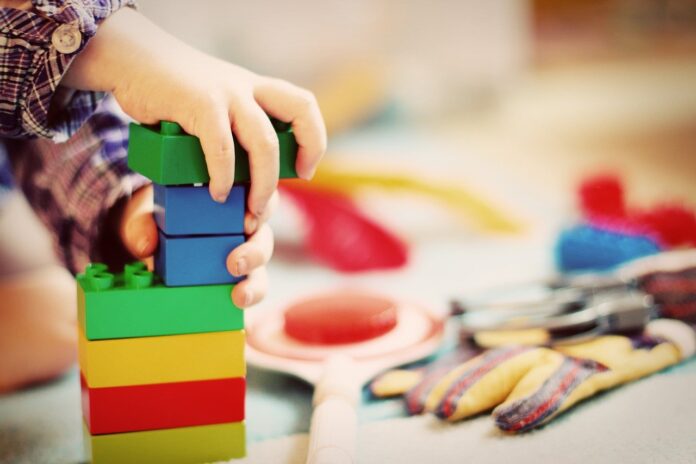 The more time that passes with joking Joe Biden in the White House, the more bold and outspoken insanity will get. Today’s target of liberal insanity is showing up in the classrooms of toddlers anxiously waiting for their recess to start. And just as soon as that bell rings, they start to run for the swings only to be stopped by administrators that want to teach them sexual orientation skills.

Nebraska is the battleground that is taking center stage for this incredibly dangerous liberal poison spraying. The Department of Education has put out their draft of Healthy Education Standards’ future for the coming year. Their focus is to take swing loving kids and tell them how they radically screw up their lives by changing sexes and embracing sodomite practices.

Cory Epler is a nutty Chief Academic Officer that stated the premise, “How do we help students make choices and have the knowledge skills to have a healthy life?” Somehow he believes that exposing kids to thoughts of nudity and other gender-bender descriptions is going to make them more accepting of a Sodomites lifestyle.

He noted that the standard of health education he is promoting is supposed to “demonstrate ways to promote dignity and respect for people of all genders, gender expressions, and gender identities, including other students, their family members and members of the school community.”

His description sounds all noble and great until it is discovered that the kids will be encouraged to change their sexual orientation and even be supported along the way. He wants to see that kids know the difference and meaning of “sex assigned at birth and gender identity and explain how they may or may not differ.”

Cory will make it his mission to see that by the time every kid reaches the fourth grade, he will have been polluted enough to change their gender a dozen times before adulthood. He is promoting labeling and dangerous phycological manipulation to young minds who want to have fun and not have the adult world’s burdens thrown in their faces.

He went on to note that “We recognize that many of our students fit into categories that are historically marginalized and we want to make sure to elevate those voices.”

He thinks that it is going to be great that kids are tortured and manipulated into learning “characteristics relating to identity, sexuality and healthy relationships. … Discuss different kinds of family structures. (e.g. single parent, blended, intergenerational, cohabitating, adoptive, foster, same-gender, interracial).” These are kids that cannot perform basic math skills, and somehow they are to digest adult sexual education concepts.

In his world, fifth graders will have to “Explain that gender expression and gender identity exist along a spectrum.” And by sixth grade, be ready to give up their gender and embrace a new identity. They will have to define “sexual identity and explain a range of identities related to sexual orientation (e.g. heterosexual, bisexual, lesbian, gay, queer, two- spirit, asexual, pansexual).” He knows that sixth grade is the age where the poisoning will take effect, and a new generation of troubled kids will emerge onto the stage.

The school board will be going over the standards at future meetings. But as liberal as the school boards are around the country, it is a matter of time before these kid killers pass the poison onto the young kids.

Cory mentioned one more bit of insanity by saying, “There are strands and pieces that I think people will have strong feelings about, but we hope that folks take a look at it as the whole and say that it’s a really positive step for ensuring Nebraska students are healthy, safe and have the knowledge and skills to be successful.”

Cory should wake up and notice that the only thing he will have on his hands is a bunch of angered parents outside of his door with pitchforks looking to mob him. They are not going to want their kids being taught the dangers of transgender manipulation and sodomy principles. They want their kids to be kids and left alone.