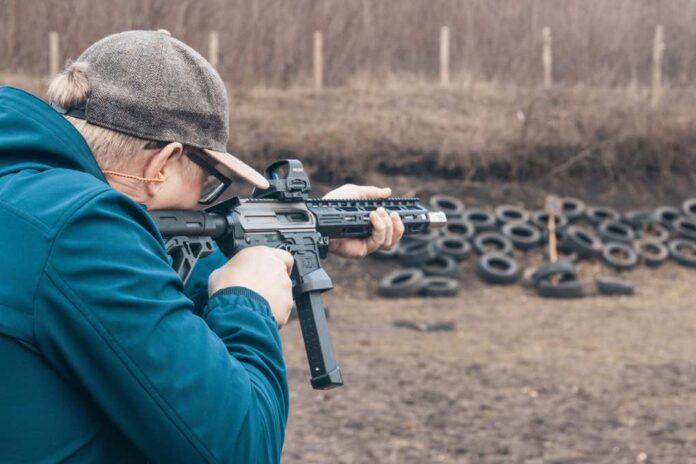 It’s hard to keep talking about how assault-style rifles need to be banned when the FBI stats don’t back up the argument.

If we were to listen to the liberals long enough, AR-15s and other “assault-style” rifles are why violence exists in the United States. They think that guns kill people instead of people killing people.

Murder is already banned, yet people continue to kill. So, banning rifles won’t stop any of the mass shootings that occur from time to time. It’s a mental health crisis, not a gun availability crisis.

After shootings that have taken place in Atlanta and Boulder, the liberals are all fired up about banning the rifles again.

The FBI has some interesting data that doesn’t help the liberal argument.

FBI has shared data from 2019 to show that there were over 10,200 homicides for the year – and only 364 of them were committed using a rifle.

It seems that we have bigger problems than simply getting the rifles off of the streets. Over 9,000 homicides occurred without the use of assault-style weapons. Shouldn’t that be what we focus on?

Over 1400 people were killed with knives and other cutting tools.

Over 600 were even killed with personal weapons – feet, fists, and hands. Chuck Norris would be proud…

The rest were as a result of handguns and shotguns.

So, why is it that the liberals continue to focus on the AR-15 and similar weapons? The AR-15 seems to be the weapon of choice when mass shootings are concerned. It was used in Boulder, Orlando, Parkland, Las Vegas, Sandy Hook, and the list goes on.

Why is it, though, that liberals can’t seem to understand that banning such a gun isn’t going to solve the problem? When people who are not mentally sane want to do something, they’ll use any means necessary.

When people want to commit mass murder, they don’t care about laws. They’re already planning to commit murder, which is a felony. At that point, stealing a gun or buying one on the black market is the least of their problems.

The only reason that the liberals want to focus on the AR-15 is that it makes the news. Mass shootings are bad. It makes representatives in their regions look bad. How could they possibly allow something like this to happen?

No matter how many murders are committed using other weapons, they don’t consider it as bad. The mass shootings have to end. Regular shootings that kill three or four a weekend, as is the case in Chicago, simply aren’t a priority.

Guns don’t kill people. Someone has to pull the trigger.

But…but why would anyone want to own an assault rifle? Those are only used to kill.

The liberals have tried to have this argument so many times. The reality is that people enjoy shooting for practice and for fun. There are entire gun ranges where it’s possible to use assault rifles, rifles, and even machine guns to go out and let loose some stress.

Out of all of the AR-15s sold every year, there is less than one percent of one percent being used to commit mass murders. Now, handguns and knives…that’s a bit of a different story.

Democrats have to focus on the real problem: mental health issues running rampant in the country. Until then, there will always be mass shootings. It won’t matter whether assault rifles are banned or not.

Meanwhile, the FBI will continue to collect and share its data to prove that the liberals don’t have facts to support them. They want to ban something because they think that it’s easier than dealing with the root problem.