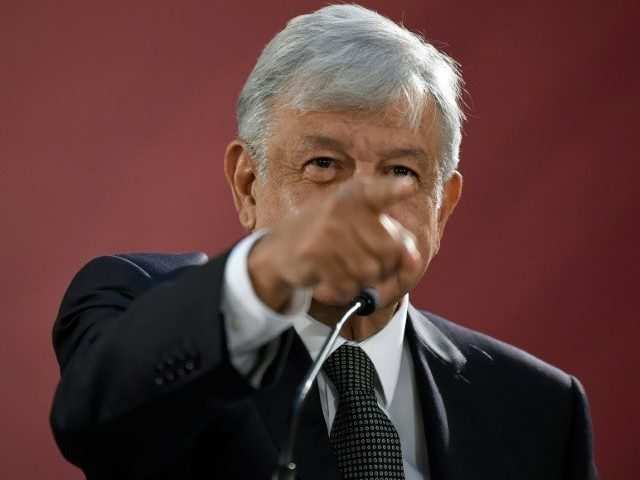 Biden’s messed up. Every American knows it, and so does the president of Mexico. There’s an incredible surge of migrants entering the southern border each and every day. They’re coming from not only Mexico but also from Central American countries.

When Donald Trump was president, there was an agreement for Mexico to do its part in reducing the migration levels. However, Joe Biden wanted to help migrants. He wanted to singlehandedly offer an open invitation for migrants to enter the U.S. He even offered up amnesty and a path to citizenship.

Andres Manuel Lopez Obrador (AMLO) has said that the migration surge is entirely the fault of President Biden. That’s what happens when you offer better treatment. Biden essentially told people that they didn’t have to worry about immigration laws standing in their way. What did he think was going to happen?

AMLO talked about the ongoing border crisis during a daily news conference. The migrants entering Mexico at their southern border, too, is Biden’s fault. They’re heading to the U.S. because of the promises offered by Biden.

Biden could have maintained the same, hard-line that Trump did. Instead, he wanted to go easy on the migrants. As a result, the migration began the moment that Biden won the election.

As AMLO states, “Expectations were created that with the Government of President Biden there would be a better treatment of migrants.”

When the Mexican president has blamed Biden, things have gotten to a level where it’s impossible to deny who is to blame for the migration crisis. As much as liberals want to continue to blame Trump for everything, this is all Biden.

AMLO: “Expectations were created that with the Government of President Biden there would be a better treatment of migrants. And this has caused Central American migrants, and also from our country, wanting to cross the border thinking that it is easier to do so” pic.twitter.com/TNrZQamuWK

The Mexican military is still doing its part to curb the migration levels. They’ve deployed 8700 soldiers throughout the country. The issue is just as important to Mexico. They’ve got migrants from all over Central America traveling through their own country. Some will stay when they realize how far it is to the U.S. Others may commit crimes along the way.

Biden has opened a full can of worms – and there’s no putting a lid on it. He can make announcements that say the border is closed and not to come, but the damage is already done. People have already packed up their homes, loaded into their cars, and have begun the migration north.

They’re going to hold Biden to his promise, too – that they can enter the U.S. without fear of breaking immigration laws. And the liberals will allow it because their bleeding hearts have no bounds. We’ll continue to spend millions to let the migrants into the country – and put them into hotels. Our detention centers are already full. Putting them on buses back to Central America would be a lot cheaper, but the liberals won’t do anything that is as sensible as that.

It’s only a matter of time before the Mexican president decides that he doesn’t want to spend any more money to deal with the crisis. He’s spending money to deploy troops because of an issue created by our president. He could easily send us the bill – and we would be responsible for paying it because it was our fault that it got this bad.

AMLO stated that the migrants want to “cross the border thinking that it is easier to do so.”

And it is. Forget about the border checkpoints. Each and every day, there are border patrol agents picking up migrants in the rivers. They’re picking them up in virtually every border city in California, Arizona, New Mexico, and Texas.

Is Biden going to take the blame? Nope. However, Central American governments know it’s his fault and so does Mexico.

Now, we just have to figure out what can be done about it before we have millions of new migrants roaming the country, leeching off of an already delicate economy.