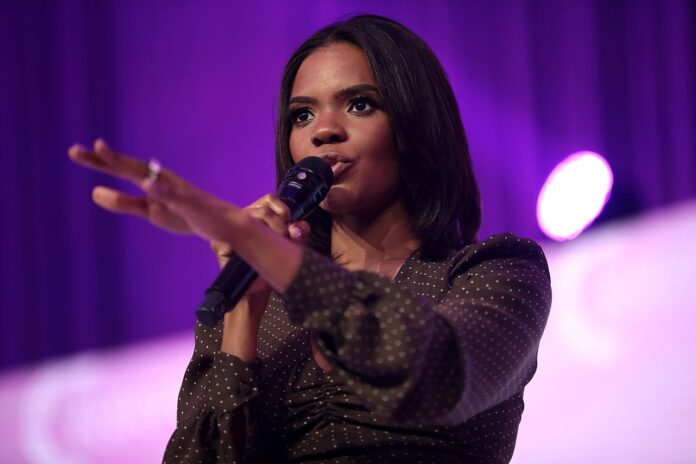 The American Booksellers Association (ABA) released an update last week regarding new “oversight” they hope will prevent an accidental “wrong” they experienced. It seems they did not intend to promote a conservative author and hope to “correct” such mistakes in the future.

The ABA is a 121-year-old trade association that advocates for “free” expression and independent bookstores. It periodically sends out book lists and reviews copies of new titles for retailers to consider stocking.

In July, the organization juxtaposed a social-justice-themed teen romance titled “Blackout,” for Candace Owens’ best-selling book, “Blackout: How Black America Can Make Its Second Escape from the Democrat Plantation.”  They sent out a cover image of Owens’ book to approximately 750 stores. The group also included publicity copies of Abigail Shrier’s “Irreversible Damage,” which is a work that is critical of the gender transition trend among teen girls.

Shop-owners on the political left were outraged and it prompted the ABA CEO, Allison Hill, to immediately apologize for the “horrific harm” the mailing caused. She called it a “serious, violent incident,” and she described Owens’ book as “racist.”

Hill also took the opportunity to assure retailers that the ABA was putting new procedures in place to prevent future similar mistakes.

Then on August 5, the ABA released the findings of its internal audit and updated members on how plans for their new “diversity, equity and inclusion” process are progressing.

Describing how the “offense” happened, Hill stated: “It was a terrible mistake with terrible racist implications. However, based on our investigation and the demonstrated diversity, equity, and inclusion (DEI) commitment of these individuals, we have no reason to believe the action was malicious in intention.”

She took time to once again assure associated bookstores that ABA employees are suitably remorseful for the mistake and have been appropriately disciplined:

“The employees are very apologetic and very committed to vigilance going forward. They have been held accountable and have agreed to training, both on procedures as well as on DEI, and we have added layers of checks and balances to this process.”

Hill admitted many ABA members would still prefer the ABA not pre-screen the books they send out, but she said the organization will nevertheless henceforth weed out titles that fail to adhere to the group’s “equity and inclusion policy.”

The new policy requires ABA procedures to be “antiracist” and “demonstrate support for marginalized Peoples,” as well as “[represent] BIPOC [black, indigenous, people of color], queer, disabled, and other marginalized authors and books at all ABA events (at least 40% of speakers/panelists overall).” The policy also makes it clear that the ABA will “meet as staff throughout the year to discuss topics and educate ourselves on issues related to antiracism, anti-discrimination, microaggressions, and supporting underrepresented Peoples.”

Hill promised even more actions that the ABA will take immediately which include donating money to transgender and minority groups and adding queer history lessons to the staff training calendar. They will also conduct an in-house audit of all ABA systems and programs (in progress), reviewing everything through a DEI lens and ensuring that strong checks and balances are in place.

Hill concluded her statement with these words, “[We] know it will take time to rebuild trust within our community. We hope our progress will be evident as we show receipts going forward.”

Some news agencies reached out to the ABA about their new oversight process and whether it conflicts with their public commitment to “free” expression and, specifically, their “Banned Book Weeks” event that “celebrates freedom to read,” but there has not been a response from the ABA.