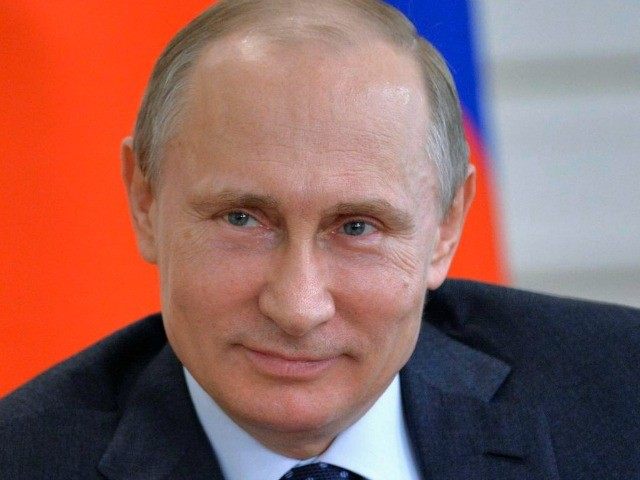 Vladimir Putin is the president of Russia and has been for quite some time. As presidents in the U.S. come and go, it seems that he is the constant. He’s not the easiest to get along with, and much of it has to do with his socialist ways.

Putin has said that he’s happy to work with anyone in the U.S. who becomes president. He had a good working relationship with Trump. As for whether relations will continue positively with Biden remains to be seen.

Here’s the thing, though. It seems to be that Putin isn’t going anywhere.

Biden needs to set the tone for future presidents in terms of how Russia is to be dealt with.

A law has recently been passed in Russia to allow Putin to remain in office through 2036.

Assuming we have a different president after every term, that means that there will be at least three more presidents beyond Biden to have to develop a strong working relationship with the Russian president.

The amendment to the Russian Constitution has been passed through the lower house of Parliament which stipulates that presidential term limits apply to the incumbent head of state without regard to any previous terms in office.

Essentially, it allows Putin to pursue a fifth presidential term in 2024 and hold office for another two terms, should he desire to do so.

In Russia, presidential terms are for six years at a time – and Putin is currently in his second term. Before serving as president, he served in the capacity of prime minister. It means that he’s been a figurehead of the country for more than 20 years.

Quite a few other amendments have been made – and they serve as a stark contrast to what’s happening in the United States. Russian law is emphasized over international norms. Same-sex marriages have been outlawed. Meanwhile, a “belief in God” is mentioned as a core value.

During a televised address, Putin has said, “We can ensure stability, security, prosperity, and a decent life only through development, only together and by ourselves.”

It will be hard to maintain strong and friendly relations with Russia because of how differently the country is run.

Many of the Democrats in the U.S. government believe that a belief in God has to be removed from the core of American politics. They’re fighting to make same-sex marriages legal. They’re also identifying that they want to move away from an America-first stance.

Russia puts itself first. They put international relations second. The U.S. has been moving to do the opposite. And that is going to create conflict between the two countries.

Many politicians will identify that we have two major concerns on an international level: China first, Russia second. With Putin being the leader of Russia, we need to learn how to get along. However, Biden is a Democrat. He fights for everything that is opposite of what the Russian government does and believes in – and that’s what’s going to make things incredibly difficult.

Although Putin has the option of stepping down, it’s unlikely that he will. He has said that he will “decide later” if he plans to pursue a third term in 2024.

As one person told Moscow Times, “All we have is Putin. We have to make sure he stays in power.” So, it doesn’t appear that Putin is going anywhere anytime soon.

What does this mean for U.S. and Russian relations? It means that Biden has to step up his game. He has promised that Putin would face repercussions for such things as interfering with elections and with his moves on Syria. Yet, Biden has done nothing.

Putin is also well aware of Biden’s health and has made comments about Biden suffering from dementia.

If Biden doesn’t deal with Putin, someone else will have to. It’s clear that Putin isn’t leaving the Russian scene any time soon.