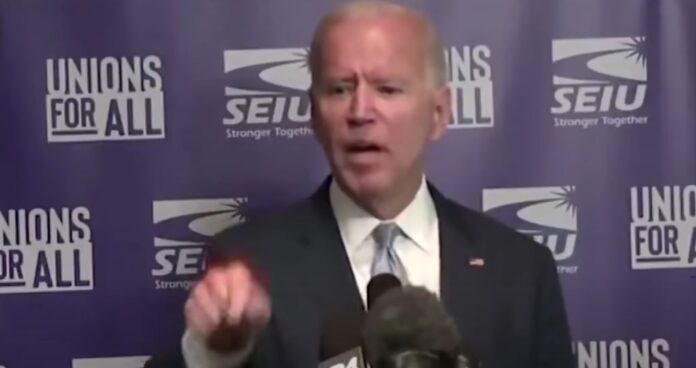 As we all know, the Biden administration is determined to appease their liberal environmentalist friends. It’s why on day one in office, our 46th president canceled the much anticipated and needed Keystone XL project, as well as all current federal oil and gas leases. It’s also why he’s now proposed to make fossil fuel-reliant vehicles a thing of the past, or at least increase the number of electric vehicles on American roads.

Sounds good, right? I mean, who doesn’t want to help keep our atmosphere intact and free of pollutants?

But like most pro-environment plans of the political left, this one really only sounds good on paper. In reality, it is fraught with problems, including not being so environmentally friendly, after all.

To get into all that, we first have to understand exactly what the Biden administration is proposing.

According to Biden, by the year 2030, he wants at least half of all cars and trucks being sold in America to be of the electric variant.

As I’m sure you can imagine, simply telling the American people he wants more electric cars isn’t going to make it suddenly happen, especially when new vehicles of any kind are becoming harder to come by. Moreover, the economy and the auto industry are still reeling from the COVID-19 pandemic and lack of computer chips to produce the modern vehicle.

But beyond that, car manufacturers just don’t keep a huge inventory of their electric vehicles, as the demand for them isn’t nearly as great as that of the more traditional gas-guzzling option.

There is also the issue of making sure that, just as the computer chips are currently seeing a shortage, materials needed for EV production is readily available. And that means mining some pretty hard to come by materials from the earth.

As I am sure you’ve heard, the world is already seeing issues with mining lithium for the ever-needed lithium-ion battery. But now, Biden wants to create a massive number of vehicles that will require even rarer and harder-to-find materials, including palladium and nickel.

Now, a plan has already been put in place to possibly get those minerals.

According to Reuters, KoBold Metals just recently signed a contract with Bluejay Mining to explore an area in Greenland that has a high potential for producing such materials.

“KoBold, which uses artificial intelligence and machine learning to hunt for raw materials, will pay $15 million in exploration funding for the Disko-Nuussuaq project on Greenland’s west coast in exchange for a 51% stake in the project, Bluejay said in a statement.”

Both Bluejay and KoBold believe that since studies of the area have produced similarities to “Russia’s Norilsk region, the main producer of nickel and palladium,” they will be successful in their hunt.

The only problem is that, if the materials are in fact found in the region, it could be rather costly, as well as environmentally dangerous to get them.

According to a University of Alaska, Anchorage professor, Jeffrey Welker, who has spent decades studying the area, “Essentially, they’re right on top of the ocean. That creates potentially some environmentally or ecological dangerous situations with any contamination of that fjord.”

And Kevin Krajick, senior editor of science news for the Earth Institute, confirms the potential for problems. He explains that when “you open these mines in these really remote places,” they not only have a serious effect on local life but also the entire world. There’s just no telling what kind of gases or other minerals might be found down there that could affect marine life, add to carbon dioxide emissions, and human communities.

Even The New York Times has reported on the dangers of mining for supposedly green energy resources, saying, “Electric cars and renewable energy may not be as green as they appear. Production of raw materials like lithium, cobalt, and nickel that are essential to these technologies are often ruinous to land, water, wildlife, and people.”

But do you think that really matters to Biden and all the other leftists pushing for “climate-change friendly” ideas? Not in the slightest.

What does matter is the whopping amount of money investors like Jeff Bezos, Mike Bloomberg, and Bill Gates will bring in off of these mining contracts and then be used to fund leftist agenda points. Oh, did I fail to mention that KoBold Mining is funded by these three billionaires?