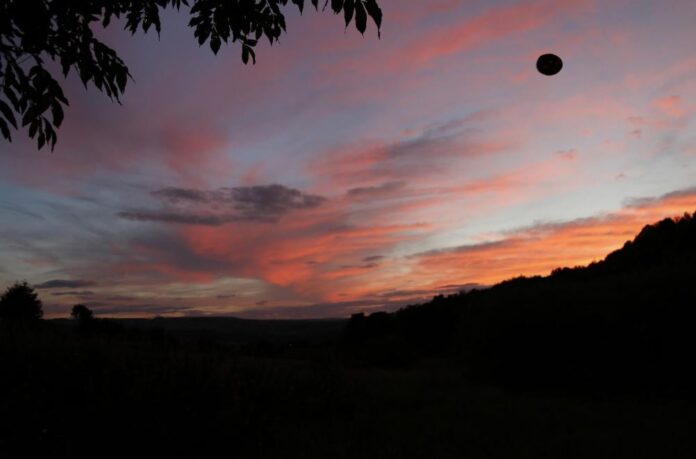 For just about as long as anyone can remember, people have claimed to see what is commonly known as UFOs in the sky. And for just as long, there have been conspiracies that our government somehow knows of or is involved with these sightings. You know, the whole Roswell, New Mexico, idea that aliens have been in America for a while and that the government is working to hide their existence from the public.

When notions like this are mentioned, most of the American popular can hardly help but give a ridiculous smile and an eye roll in response.

However, not all have the same reaction. And a few happen are in the know and learned individuals like Florida Senator and member of the Senate Intelligence Committee Marco Rubio.

Now, Rubio isn’t exactly saying that aliens and, therefore, UFOs, as we commonly think of, actually exist. Then again, he says that, according to classified information he has been privy to, many things can’t very well be explained. And that means we need to be doing a ton of research and to find out what’s really going on.

Per a recent interview with Rubio done by TMZ, “There’s stuff flying over military installations and no one knows what it is, and it isn’t ours.”

For Rubio, he says the answer is “logical. You want to know what it is. It’s just common sense. Stuff’s flying over the top of your most sensitive installations and it’s not ours and no one knows whose it is, you should find out what it is and tell us.”

TMZ asked Rubio, “So, you’re on the intel committee and they don’t tell you what’s going on?”

Rubio says the problem currently is that no one really knows what is going on. And I mean no one.

He told TMZ, “I think they tell us what’s going on. I mean there’s stuff flying over the top of our military and they don’t know who’s flying it is. They don’t even know what it is. So that’s a problem. We need to find out if we can.”

And Rubio isn’t the only government official with a similar idea on the prospect of aliens and life from another world.

According to an announcement made by the Department of Defense in August 2020, “Deputy Secretary of Defense David L. Norquist approved the establishment of an Unidentified Aerial Phenomena (UAP) Task Force” to be led by the navy.

And on March 20, former Director of National Intelligence John Ratcliffe told Fox News’s Maria Bartiromo that a new report on UAPs was to be released in June, citing that there were much more “sightings” than most Americans had any idea about.

Ratcliffe explained that “sightings” meant “objects that have been seen by Navy or Air Force pilots or have been picked up by satellite imagery that frankly engage in actions that are difficult to explain. Movements that are hard to replicate, that we don’t have the technology for. Or traveling at speeds that exceed the sound barrier without a sonic boom.”

He said that when these sightings occur, “we always look for a plausible explanation. Weather can cause disturbances, visual disturbances. Sometimes we wonder whether our adversaries have technology that are a little bit further down the road than we thought or that we realized. But there are instances where we don’t have good explanations for some of the things that we’ve seen.”

Ratcliffe noted that he couldn’t go into much detail at the time on these unexplained things, but some of that information, per the upcoming June report, was about to be declassified. And so when that time comes, he will be able to talk about that further.

He, like Rubio, isn’t saying with any absolute certainty that life exists elsewhere beyond Earth. But there are obviously things that have been seen or experienced that don’t seem all that earthly, at least as far as we know. And if there has been an entire task force created to investigate such unexplainable sightings, it does lead one to wonder.

Is there a more intelligent life out there? Or has China discovered some new and secret tech we have no idea about? At this point, we just don’t know.

Hopefully, this June report and others will shed some light on the subject and answer some of our questions.