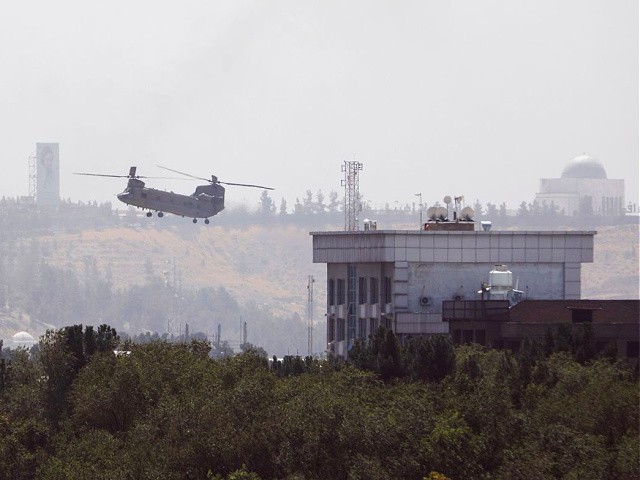 The “leader of the free world” is entirely senile, propped up by an apparatus of faceless government officials desperate to cling to power. His administration has become the darkly hilarious romp “The Death of Stalin” — minus the comedy.

“I’ve had nightmares that make more sense than this,” says Lazar Kaganovich in the movie.

It is easy to feel sorry for Joe Biden. His only surviving son loves crack whore therapy sessions too much to look out for his Old Man. And his second wife is intoxicated by the Corvettes, McMansions, and fashion shoots.

The poor, doddering old coot hasn’t the faintest idea what the hell is going on around him. A simple walk through the Rose Garden and he gets lost.

For example, it is probably unfair to blame the crisis at the Southern Border on Joe Biden. The decision to create that human catastrophe by opening the border was likely made by his inept handlers, who only know how to color by numbers for the next election.

Let Kamala — the queen of color-by-numbers politics — handle it, they said.

Afghanistan. Now that is an entirely different situation. That is not some mere oversight by Joe Biden — some errant flyer that one of his inept handlers screwed up.

No, what you are seeing in Afghanistan today is the sum total of Joe Biden’s lifetime expertise — the summation of his very best, most carefully studied efforts. It is the capstone of his entire 50-year career in Washington. The fall of Kabul is Joe Biden’s resume.

The scenes are truly horrifying.

Caravans of abandoned American machinery rumble across the desert, commandeered by savage cave-dwellers hellbent on destroying civilization. Civilized Afghans cling to the landing gear as the last American transport plane takes off from Kabul — and with it, two decades of “nation-building” lies. Desperate women throng to burqa shops to oppress themselves back into the authoritarian Taliban robes.

“Build Back Better,” Mr. Biden likes to say. This is truly his best effort.

For much of the past half-century, Joe Biden has been the unrivaled expert on foreign policy in Washington. In the Senate, he was a constant fixture on the Foreign Relations Committee, of which he was chairman until he got tapped for the vice presidency.

From the start, Mr. Biden was a boisterous supporter of invading Iraq and Afghanistan. He was a true believer in the “nation-building” efforts that infected both parties after the 9/11 terrorist attacks.

He would later admit that despite his decades of experience in foreign policy, he was wrong to vote for the war in Iraq — after thousands of Americans had already died and thousands more were maimed carrying out his vision. In what world can a man make such a monstrous mistake in his area of unrivaled expertise and not lose his job?

In 2007, when the True Believers in the Bush Administration argued that only a “surge” of troops could save the Iraq War effort, Joe Biden scorned the idea and insisted the plan would never work.

The plan worked, of course, making Mr. Biden among the most wrong foreign policy “experts” in Washington. At least the Bushies were half-right half of the time. Mr. Biden would later remind the world of his epic stupidity by opposing the raid that finally killed Osama bin Laden.

A small point worth remembering as we watch the carnage of Joe Biden’s lifetime of lies and stupidity unfold in Kabul: Afghanistan was always the “good” war, according to these idiots.

Even after the lurching buffoon, John Kerry, turned against the Iraq war that he voted for so that he could run for president in 2004, he talked ceaselessly about how great the invasion of Afghanistan was. Chasing Osama bin Laden through the Tora Bora mountains was pure foreign policy success for John Kerry — unlike the Iraq War, he voted for.

It took the supposedly pristine “anti-war” zealot Barack Obama to finally locate Osama bin Laden and have him killed. But Mr. Obama did not find bin Laden in Afghanistan. He was found in Pakistan — one of America’s great nuclear-armed allies in the world.

Those are the kinds of friends you wind up when craven, self-serving morons are in charge of America’s foreign policy for 50 years.

The very least Mr. Biden and his crack color-by-numbers political team could do at this point is to fly over the Tora Bora mountains and drop pallets of burqas for the women and little girls to wear for their imminent rape and slaughter by the marauding savages.

o Charles Hurt is the opinion editor of The Washington Times.