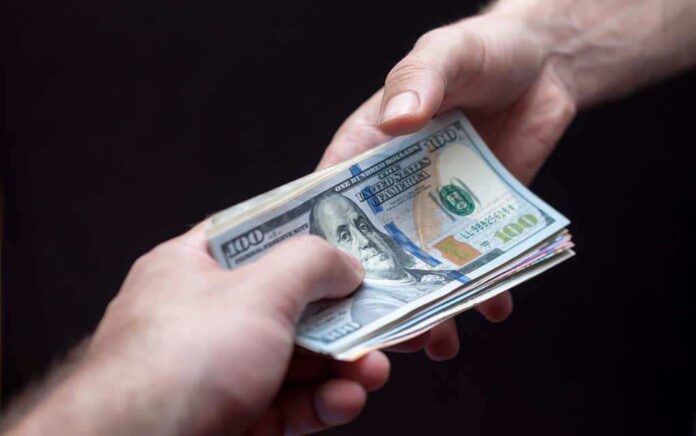 Nancy Pelosi is the one that holds the money of the country in her hands. She determines what gets paid and where funding gets to go. And when it is time to find more money, she is the one that gets to make it happen. It seems that she has resorted to blaming the Republicans because her political party has spent all the money and needs the House to raise the debt ceiling.

Her large mouth has come out and blasted Republicans for not supporting their efforts to raise the debt ceiling. The Democrats want to pass their $3.5 trillion mess, but they cannot do it until the Republicans agree to take a vote on the matter.

All the liberals need are 51 votes to pass their trojan horse. But they cannot even bring that vote up until the House gets their act together. The problem is that the liberals want everything their way, or they will raise trouble to make sure that they get it done.

She acts all surprised that the Republicans are protecting the country from a bankrupting bill. And Chuck Schumer has stated that “I can’t believe the Republicans will let the nation default.” It is not the Republican’s fault that the liberals have spent all the money.

The Democrats need to work with the Republicans to get their bills passed. It may take time to iron out the parts of disagreement, but the liberals are unwilling to wait because they know once they lose power, their utopia will fail because it is poison to the country.

One report had stated that “Schumer noted Wednesday the White House and Treasury Secretary Janet Yellen want to raise the debt ceiling in a bipartisan fashion, and that the Senate’s rules for passing a budget’ limits what you can do there, and doing it outside gives you more flexibility.’”

Schumer claims that raising the debt ceiling has always been a bipartisan effort. But the Democrats have not been willing to work with anyone to pass bills. They have the power and are going to lord it over the minority. They have no interest in working out the tricky points. They would instead run away like their lower-level counterparts in Texas have done.

Interestingly enough, another source has admitted that Pelosi is somehow blaming Donald Trump for all the trouble she is facing. The lousy liberals cannot get over the man. He has messed them up in the head so bad that they will never be the same again.

Pelosi has stated that the massive trojan bill is being passed to pay for all of Trump’s messes. She claims that “This is paying for his tax scam, this is paying for COVID, a responsibility we all share. There is not one thing about the horrible bill that is Trump’s fault. For Republicans to say they will never do it is typically irresponsible.”

46 Republican senators had sent a letter stating that they will not vote on raising the debt ceiling. They are concerned that the Democrats are going too far, and the increased debt will destroy the country. Even Mitch McConnell has stated that this battle was coming because the Democrats are out of control.

Senator Ron Johnson helped pass around the letter, and he stated very clearly that “They shouldn’t be expecting Republicans to raise the debt ceiling to accommodate their deficit spending.”

The Democrats are putting America through a horrible time. And there is not one conservative that can vote to support the spending habits.

Mitch McConnell also noted that “I can’t imagine a single Republican in this environment that we’re in now — this free-for-all for taxes and spending — to vote to raise the debt limit. I think the answer is they need to put it in the reconciliation bill.”

Nancy Pelosi had a chance to extend the 2019 suspension of the debt ceiling. But her laziness missed the deadline, and now they are finding themselves in a pickle. This action would have limited the amount of debt that they could take on. But her failure to act has put the country at risk of defaulting on its obligations for the first time in American history.