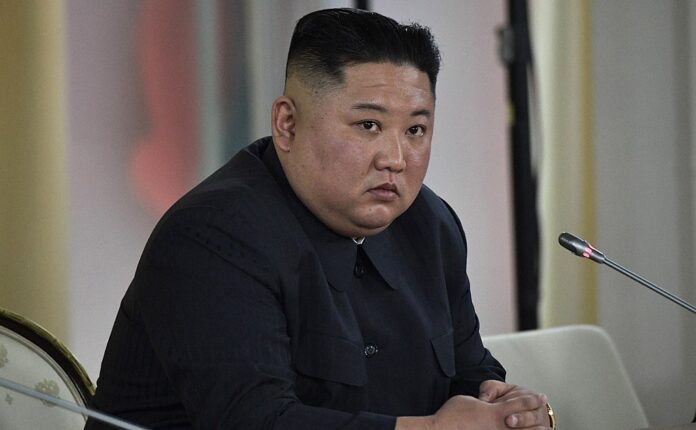 There are very few things that Joe Biden does that are easy to agree with. At some point, he has to something that makes us proud, right?

Well, he’s chosen his moment. He is ready to take a stand with North Korea to identify that no, it is not acceptable to launch missiles.

North Korea has shown that they’re interested in global domination through nuclear power. So, when they break UN regulations and shoot off missiles, we have a right to be concerned. And, with the kind of power they’ve been showing, we’re more than a little concerned.

Yet, North Korean officials seem shocked. How could America talk to us this way?

Did the U.S. do something to give North Korea the idea that we were on their side?

Biden was critical of the ballistic missile tests that were performed. Yet, North Korea has snapped back to say that they have a right to self-defense and that they vow to expand their “most thoroughgoing and overwhelming military power.”

Do we have a problem here? It sounds like we’re going to.

North Korea’s senior official Ri Pyong Chol made a statement to say that there’s “deep-rooted hostility” after Biden admonished the country for the launches.

Hostility? Well, what do they honestly expect? While Donald Trump tried for civility toward the country, they hardly became allies with us during his presidency – and the Biden presidency isn’t going to result in anything resembling friendship with the country, either.

North Korea has proven that they’re a force to be reckoned with. They haven’t wanted to negotiate and they haven’t been interested in reducing their military power. So, deep-rooted hostility seems to cover it well.

There have been stalled negotiations between North Korea and the U.S. for over two years. Meanwhile, the two launches off the eastern coast of North Korea show that they’re expanding their military capabilities. And they’re not afraid of showing off so that the rest of the world can see.

The launches were a violation of UN sanctions against the North. Meanwhile, the short-range weapons remain a threat to not only the U.S. allies of Japan and South Korea but also to the tens of thousands of troops that are located within the region.

During Biden’s first news conference, he warned that “there will be responses if they choose to escalate.” This had to be said. North Korea has to understand that they cannot break UN sanctions and test ballistic missiles without there being some kind of consequences.

Biden also said that he’s prepared to offer some diplomacy, but only if there’s going to be an end result of North Korea denuclearizing.

There. It’s been said. North Korea has to denuclearize if they expect any kind of diplomatic relations with the United States.

The problem is, based on the responses made by senior officials out of North Korea, it doesn’t sound like we’ll be reaching any kind of negotiations soon. They see us as being hostile while we see them as being warmongers.

It looks like a stalemate – a very dangerous stalemate.

Joe Biden has made it clear that he’s not interested in trying to make friends with North Korea. Essentially, he’s put them on notice. And North Korea doesn’t like the first step that the new administration has made. They’ve called it “gangster-like logic” that the U.S. is allowed to test intercontinental ballistic missiles while they cannot.

At this point in time, we must remain cautious of North Korea. And while Biden has shown that he doesn’t approve of what the country is doing, he has to be careful not to be too hostile or we could be on the receiving end of a missile.

Meanwhile, North Korea’s senior official left us with this parting remark: “If the U.S. continues with its thoughtless remarks without thinking of the consequences, it may be faced with something that is not good.”