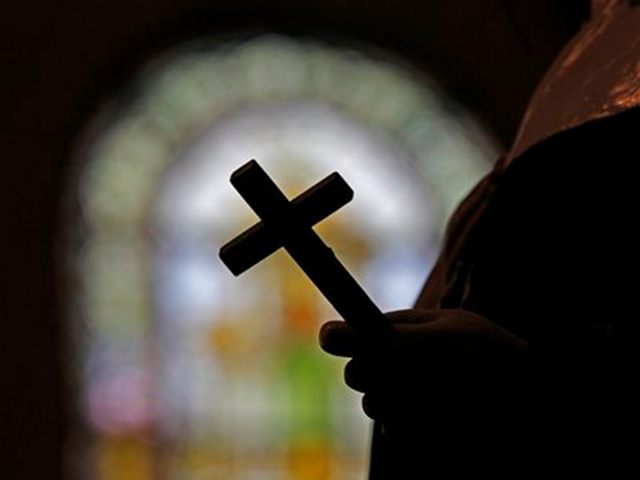 On June 30, 2021, VCOM sent out an email to students notifying them that the school was requiring all students to receive a full coronavirus vaccination to enroll in fall 2021 classes. The email also said religious and medical exemptions, which the college limited, would be heard on an individual basis. However, VCOM later contradicted itself by saying it would not recognize religious or medical exemptions, according to court documents.

The three students dissented and requested exemptions based on “deeply held religious beliefs.” According to the temporary restraining order, the students objected to the vaccine because they believed them to be “devised from aborted fetal tissues, violating their religious beliefs.” They also dissented because the vaccine is approved for emergency use only “and is therefore experimental.”

The students alleged that their exemption requests were subsequently denied, and Magliulo said she was given a deadline via email of July 19, 2021 to either defer school for a year or get a coronavirus vaccine.

After it became clear the students were pursuing legal action against the school, VCOM changed its exemption policy three times, approved the students’ religious exemptions “for the current time,” and ultimately created what Judge Doughty found to be burdensome restrictions that would interfere with the students’ ability to graduate.

One of the school’s excessive restrictions included barring unvaccinated students from participating in Standardized Patient Examinations and Early Clinical Experiences “which are required to advance or graduate,” according to court documents.

The religious exemption was time-limited until one or more of the vaccines currently under Emergency Use Authorization receive full FDA approval. Unvaccinated students were also threatened with suspension if they were caught without a face mask on.

Judge Doughty said the “threat to religious freedom was imminent” when referring to the students’ case, and he said the “potential harm of a constitutional violation, ability to complete their education, ethics charges, and possible expulsion outweighs VCOM’s interest.”

He further noted that restrictions on students’ ability to dissent from the mandate which keeps them from being able to graduate “defeats the purpose of having the right of dissent.”

Louisiana law does not provide a method for institutions to restrict dissent. VCOM would be authorized to exclude unvaccinated students until the end of the disease incubation period or until they present evidence of vaccination. However, that mechanism requires a recommendation from the Louisiana Office of Public Health, which the school does not have.

“Therefore, under Louisiana law, students at VCOM are not subject to VCOM’s mandatory vaccine requirements if the student provides a written statement from a physician that the procedure is contraindicated for medical reason or presents a written dissent from a student or student’s guardian,” the judge ruled.

Solicitor General Liz Murrill, on behalf of the Attorney General, worked with the plaintiff students and their attorney in achieving a “favorable outcome.”

“Even during a pandemic, we must protect the rights of our citizens,” said Attorney General Jeff Landry. “I’m pleased with the court’s decision and glad these students can focus on what’s important: their education.”

“This is a win for the people of Louisiana who have sincerely held religious convictions and other reservations about these vaccines,” added Solicitor General Murrill. “The bottom line is that the law and constitution still apply. We are grateful to Judge Doughty for protecting their rights and upholding the rule of law, and we will continue to work toward an acceptable resolution.”

Doughty further ruled that the school is not allowed to retaliate or discriminate against the students for filing proceedings. The temporary restraining order will remain in effect pending the final resolution of the case, or upon further orders from the same court or higher courts.

“We’re very happy with the decision,” said Michael DuBos, the attorney representing the VCOM students. “We feel it is important to respect individual rights, especially in a time of crisis. If not, it sets a dangerous precedent.”

This case is Magliulo v. Edward Via College of Osteopathic Medicine, No. 3:21-cv-2304 in the U.S. District Court for the Western District of Louisiana.