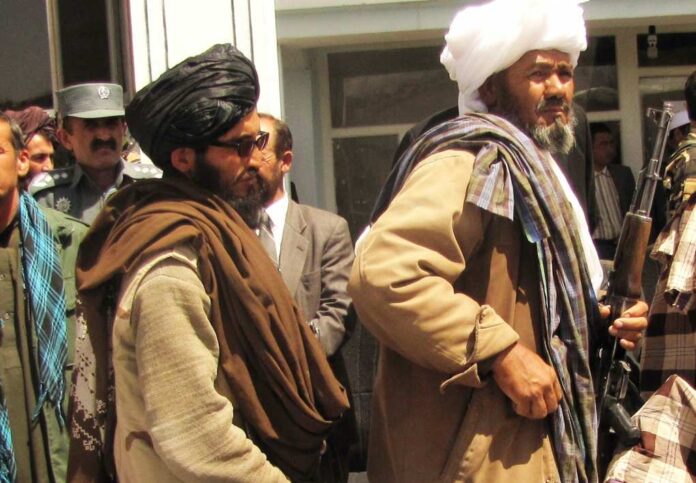 It has not taken long for China to react to the chaos in Afghanistan. Leaders of the Chinese Communist Party (CCP) are preparing to formalize a new relationship with the Taliban as the prevailing government of Afghanistan, according to a new report.

Assessments of the realities of the Afghan battleground by China pointed them to a necessity to reckon with the militant group. They believed it would succeed in overthrowing the Western-backed government. This action was confirmed by multiple U.S. intelligence sources familiar with the documents, according to U.S. News & World Report.

Ashraf Ghani, the president of Afghanistan, fled the country earlier on Sunday. The Islamist militant group, originally was to remain in the outskirts of Kabul, but they advanced into the capital.

Most believe that the recent developments in the country will cause the Chinese government to move in more quickly in the process of recognition of what is now being called the “Islamic Emirate of Afghanistan,” according to the sources.

China had previously reached an agreement with the Taliban which stated that the militant group would not harbor any terrorist forces capable of igniting Islamist insurrection in China. The focus of this agreement is Xinjiang — the region inhabited by Uyghurs, according to France24.

China has a growing economic interest in Afghanistan which was highlighted by its push for the completion of a road in the Wakhan Corridor. This road connects the two countries, according to U.S. News & World Report.

“China has expressed a huge interest for investment in Afghanistan, particularly in the mining sector, and this road will be good for that, too,” a July 30 report by the U.S. inspector general overseeing reconstruction in Afghanistan read.

China is not only negotiating with the Taliban, their state media is mocking the US troop withdrawal in Afghanistan. Chinese media is saying the Taliban’s takeover of the country was “more smooth” than the presidential transfer of powers in the U.S. This was tweeted on August 15 by Hu Xijin who is the editor-in-chief of the Global Times, a state-affiliated media outlet in China.

Other people made posts saying that the Taliban takeover was “peaceful” compared to the US Capitol riot on January 6. They are referencing how Afghanistan’s President, Ashraf Ghani, left Afghanistan for Tajikistan on August 15. The presidential palace was left open to Taliban fighters entering Kabul. On Sunday, fighters were seen inside the presidential palace holding assault weapons and posing behind desks.

Ghani, who became president in 2014, posted a message on Facebook while he was leaving saying he “thought it was best to get out” to avoid a “flood of blood” in Kabul, Afghanistan’s capital and its largest city. This vacancy allowed the Taliban to formally take hold of power in the country once again and they are now able to declare it the Islamic Emirate of Afghanistan. This followed a complete withdrawal of American troops and the evacuation of US diplomats.

“What a joke. In Kabul today, the new government takeover was even more stable than when the US changed presidents,” wrote a Weibo user named Chen Zhen.

Other users of Weibo made fun of what they called the “blame game” that is taking place between Biden and Trump. They are arguing about who should take responsibility for the Taliban’s quick takeover of Afghanistan’s major cities.

A user with the ID DiGuaXiongLaoLiu wrote: “The script should read like this from here on. Step one: Trump asks Biden to resign and take responsibility for Afghanistan. Step two, Biden refuses to resign, and states supporting Trump will say if Biden doesn’t resign, they’ll leave the US! Step three, two years later the US government dissolves itself and becomes the Ameri-Russian Government.”