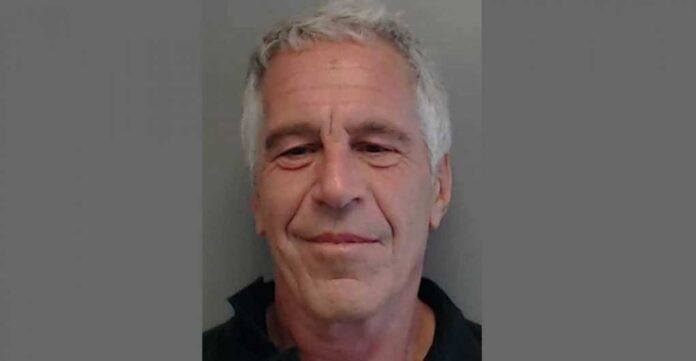 Children and sex. It’s a disturbing combination to anyone with an ounce of morality. This excludes certain high-power figures whose names appear on a yet-to-be-revealed list belonging to one Ms. Ghislaine Maxwell. Some would prefer the list not be made public and they have their reasons. It’s because they’re probably on it.

Jeffrey Epstein was quite the guy. Nobody knew where his original money came from and nobody cared. All his friends cared about was his well-stocked inventory. This, he left in the hands of Maxwell. Appeasing their perverted pleasures required only the cutest and freshest underaged girls she could recruit, and one of them just came forward.

She isn’t the first of dynamic duo’s victims to step into the spotlight. She’s the fourth, and she’s responsible for having two new sex-trafficking charges pinned on Maxwell. Known only as “Minor Victim-4,” the victim was only 14 when Mawell folded her wings around her and began grooming her for the task that lied ahead.

Maxwell met the girl at a party at Epstein’s PalmBeach mansion where she had been invited by a friend. Unbeknown to her, the friend was a recruit who was working for Maxwell. Once all was said and done, it’s been alleged that Epstein repeatedly abused the girl between 2001 and 2004.

Using her standard approach, Maxwell had quizzed the girl about her home life. This was key in determining if they would be a proper fit. All of the victims have said that Maxwell “sought to normalize inappropriate and abusive conduct” by freely talking about the pleasures of sex.

Once onboard and fully groomed, Maxwell would comfort the girls by remaining in the room with them while Epstein got his kicks. For their time and duty, they would receive hundreds of dollars in cash. Because many of them came from broken homes or lower-income families, the money, and Maxwell’s influence over them, kept them coming back.

The fourth victim’s complaint alleges that Maxwell would sometimes call her from Epstein’s New York home to let her know when they would be arriving in Palm Beach so she could be ready when Epstein arrived. It further states that Maxwell had invited her to travel with Epstein and had even offered to get her a passport.

Maxwell would mail sexy clothing to the girls’ home via FedEx for her to wear when Epstein was in town. She was also instructed to bring other girls along with her to the home. If one of them happened to fall prey to Maxwell’s convincing ways she would be rewarded handsomely.

Maxwell has denied any wrongdoing in this case or any of the others, and her family is fighting for her release from the federal detention center in Brooklyn where she is currently being held. But not one single thing points in Maxwell’s favor. As evidence continues to mount, the woman is as flat-out guilty as her boss and former boyfriend Jeffrey Epstein was.

Another victim in the case is alleged to have been sexually abused between 1994 and 1997 by both Epstein and Maxwell. She was 14 when the abuse started. Yet another claims to have been inappropriately groped while massaging Epstein at his New Mexico ranch in 1996. The massage had been unsolicited and she had no idea what the intent had been.

What remains to be seen is if any of the girls in question will open up concerning who else they may have been called upon by Maxell to “take care of.” Or, perhaps they already have and the bomb hasn’t dropped yet. When, and if these names are ever released, the explosion will be heard around the world and it’s guaranteed to be of nuclear proportion.

Names like Bill Clinton and Prince Andrew keep coming up and everyone is holding their breath as authorities comb through Epstein’s infamous island for any shred of evidence they can locate. Then there is the fact that Maxwell was already facing 30 years before this new indictment entered the picture so there’s a very good chance she’ll opt to strike a bargain with the court.

Will more victims come forward? We’re kind of hoping so. Grab some popcorn, this is about to get good.