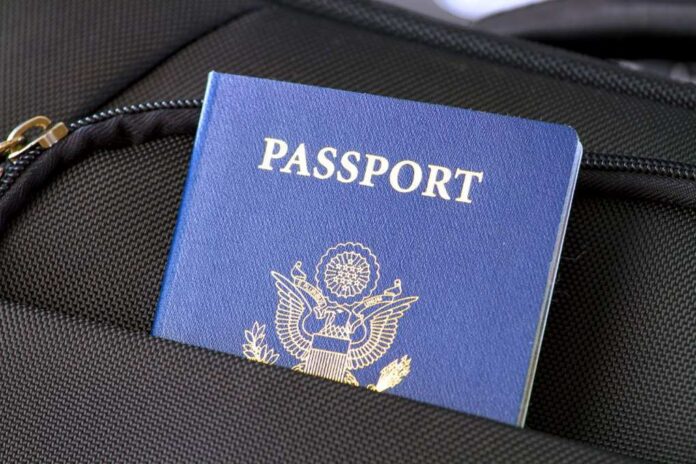 Joe Biden’s silly idea of forcing people to get a COVID-19 shot before they can fly is not hitting on favorable responses. He plans to issue COVID passports to people who have received the shot to prove beyond a shadow of a doubt that they have been inoculated. His method of control crosses the line of privacy invasion and removes the right to choose from the person.

The communistic idea is right up the ally for his eastern lovers in communist China. Over there, people’s inhumane treatment is commonplace, and the forced monitoring of particular groups of people is done without much resistance.

But in America, people are fighting back because they know the cost of freedom and what it will do to the country if those freedoms are stripped away one at a time. Biden’s idea of forced vaccination and barcoded travelers is not sitting well with people like Ron DeSantis.

The Floridian governor is already a favorite of millions of people. If he were to announce his intentions to run for the presidency in 2024, the Democrats would shutter in fear because they have been unable to stop the might of the Republican giant.

The Democrats could not contain Donald Trump, and they cannot stop Ron DeSantis from making headway against the lunacy the Biden continues to shove in people’s faces. The way he handles himself in front of the media to the way he has handled COVID-19 has been nothing short of brilliant.

He is marked as the most favored governor in the country. People from around the country lustfully wish they had him in their state. The state of Florida has been kept open, and the people were free to move around for the better course of the horrible year. And now it looks like he is going to nullify the passport idea coming out of the Oval Office.

DeSantis does not fear the corruption leaking out of Washington. He took down big tech’s influence in Florida by fining them if they try and censor people. And now he is taking on the passport idea for the vaccine.

Biden forgets, as usual, that millions of people have already had the virus without the vaccine, which makes them immune to it. There is no need for them to get the vaccine since their bodies did the work for them.

The thought of forcing people to take a shot in the arm for the sake of vaccinations is about as communist as one can get. For Biden to try and make people believe that they need a vaccine to live an everyday life is simply a lie. Millions of people around the country are already living free without the shot.

Biden may get away with forcing school kids to get a shot, but he is going to have a terrible time forcing people to get one just to put food on their tables. The power that Biden wants to yield is that of a dictator. He wants the ability to force people to do what he wants them to do.

His liberal buddies pulling his strings know that their job would be a lot easier if the Republicans would stop meddling in their affairs. But as long as there is a Constitution, there will be many people meddling in their communist affairs.

DeSantis took an aggressive posture against the idea of forced vaccination. He stated, “We always said we want to provide it for all, but mandate it for none. We are not going to have you provide proof of this just to be able to live your life normally.” He plans on taking executive action against forcing people to comply with this law in Florida.

He went on to state that “I also wonder it’s like you’re going to do this & what give all this information to some big corporation? You want the fox to guard the henhouse? I mean give me a break. I think this is something that has huge privacy implications.” And he is hitting the bullseye.

America stands for freedom, and people like DeSantis will not let Biden get away with taking it away from people. Biden will continue to split the country as long as he continues to lead the nation selfishly.