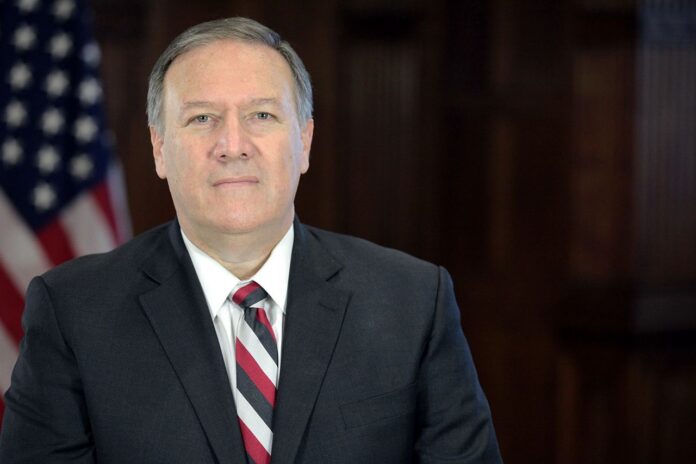 Joe Biden is a massive screwup, and he knows it. But to keep himself from looking foolish in the eyes of history, he has to find ways of blaming everyone else. His favorite target of choice is none other than Donald Trump.

Biden has blamed so much on Trump that it is hard to know if anyone else should share any of the imaginary blame. The forgetful president may think he is placing the blame and getting away with it, but the world knows that he and his fellow Democrats are the massive screwups that everyone knows that they are.

Every time Biden or one of his minions tries to blame Trump for their shortcomings; there is a hero to step up and reveal the lies. The latest person to take a stand for the truth is none other than the former director of the CIA, Mike Pompeo. He also served as the secretary of state under Trump, so he would be unique in knowing the facts behind Biden’s accusations.

Pompeo took to the news to put Joe Biden back into his rocking chair after the old man lied about the trouble in Afghanistan. The situation unfolding in the country has turned the government upside down and has placed thousands of lives in danger.

Pompeo noted that the trouble in the country is not Trump’s fault. He said, “It looks like the Biden administration has just failed in the execution of its own plan. This reminds me of when we have seen previous administrations allow embassies to be overrun. It’s starting to feel that way. It also looks like there’s a bit of panic having to reinsert soldiers to get them out. The plan should have been, much like we had, was that we would have an orderly conditions-based way to think about how to draw down our forces there.”

But Biden is a reactionary and not a planner. He had no intention of pulling troops out in an orderly fashion. He would pull them all out at once and let the rest look out for themselves. The same scenario has unfolded at the border after Biden killed all of the security measures left in place by Trump.

At some point, Biden has to stop blaming Trump for all his troubles. Afghanistan has been a problem longer than Trump was president. His beloved Obama never did anything about it. All he did was turn a blind eye, much like Biden is doing today.

Joe Biden is a mega failure when it comes to foreign policy. Pompeo pointed out that Biden messed up when Iran gave rockets to Hamas to attack Israel. He screwed up with Russia and their pipeline. And he has screwed up other things that involve China and other American hating entities.

There was a time when threatening the United States would mean the death of the threat. Donald Trump was that person. He would back up his threats with action. All Biden does is go on vacation or hide in his basement and hope that the issue solves itself.

The blame-shifting that Biden is doing only proves Pompeo’s point that Biden is a weak president. He pointed out that Biden loves to point to the guy in office before him and place the blame on him. He did it with the border, and now he is going to do it with international issues.

Each president will face issues that they will have to deal with. But Biden thinks that he should be exempt. But the truth is that he has failed to save lives and only wants to blame everyone else for his issues. The honeymoon stage is over, and Biden needs to understand that.