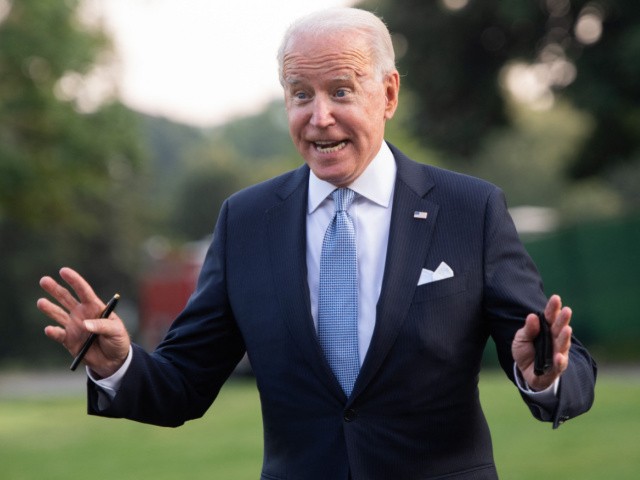 In an Instagram post on Thursday, Meghan McCain, former co-host of The View, said she felt “physically ill” over what has happened in Afghanistan and declared that President Biden is “unfit to lead.” Though Meghan McCain has not yet said for whom she cast her vote in the 2020 election, she virulently opposed former President Donald Trump on the basis of character, often spoke fondly of Biden throughout the election cycle, said she felt “relieved” upon Biden’s victory, and supported Trump’s impeachment.

“I have been physically ill, more depressed than I have been since the beginning stages of the pandemic and filled nothing short of pure rage and anger since the calamity of a ‘pull out’ which will be seen as one of the greatest foreign policy catastrophes of my lifetime,” McCain said in her Instagram post on Thursday.

McCain then directed her ire at President Biden and scolded her longtime friend for his gross incompetency:

I am furious our President was so incompetent not to see what every expert on the planet could have seen coming. I am furious for my friends and family who have been fighting in these wars since I was 16 (many who have lost limbs, had their life terrorized by PTSD from their experiences in war and deployments, or worse).

I am furious seeing our allies and innocent Afghan citizens who trusted us are being left to be slaughtered or so desperate to escape the pure evil the Taliban will bring in that they are falling out of f***ing planes. This is not who America is, this is not the values this country was founded in.

Our veterans deserve better, the innocent Afghan people and our allies and translators who have stood by us for the past 20 years deserve better. The shame, dishonor, and embarrassment the Biden administration has brought to our country will take generations to undo. Not to mention our standing in the world and the cruel reality that the likelihood of another significant domestic terror attack has now risen to the highest levels since 9/11 and will usher in Isis 3.0.

Meghan McCain said this after previously referring to Joe Biden as “one of the truly decent and moral men” that she has ever known in response to his 2020 election victory.

Beyond Meghan McCain, author Sam Harris, who supported Joe Biden in the 2020 election, called the president a “callous moron” after his interview with ABC’s George Stephanopoulos.

“Biden achieves near-Trumpian negligence here. But unlike Trump, whose reputation among his fans was magically shielded from earthly damage, Biden can’t get away with being a callous moron in an emergency–and he shouldn’t. This is all just sickening,” tweeted Harris.

Sen. Mitt Romney, who did not vote for Trump and immediately congratulated Biden upon his victory in 2020, said that the president’s actions have put a “stain on America’s reputation” around the world.

“Contrary to his claims, our choice was not between a hasty and ill-prepared retreat or staying forever,” Romney said. “The decision to place a higher priority on a political promise than on the lives of innocent men, women and children is a stain on America’s reputation and undermines our credibility around the world.”