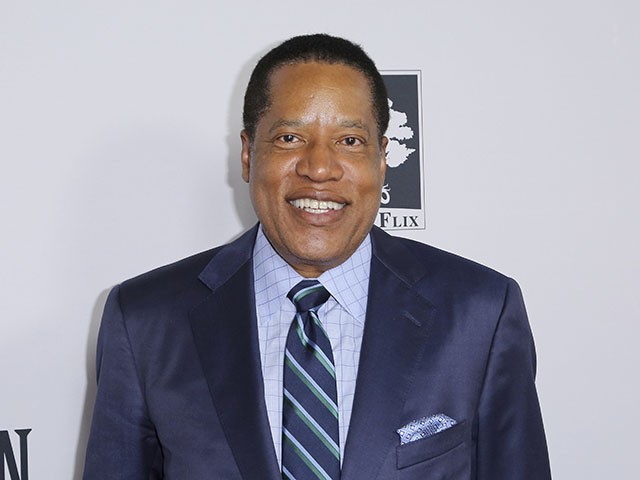 Alexandra Datig, the former fiancee and longtime radio producer for California GOP gubernatorial candidate Larry Elder, says she broke off an 18-month engagement with the conservative talk show host in 2015 after he waved a gun at her while high on marijuana.

Datig’s claim, which she regards as the culmination of a series of humiliating disputes that made her fearful for her safety and her ability to maintain her sobriety, comes as Elder has gained momentum in the recall to replace Democratic Gov. Gavin Newsom, with many observers counting him as the likeliest GOP alternative should voters decide to replace the incumbent.

Datig, 51, became well known in Los Angeles in the 1990s as a leading witness and informant in the prosecution of Hollywood madam Heidi Fleiss. Datig described being paid $10,000 per day and getting First Class air travel as one of the women who worked in Fleiss’s network. She has subsequently spoken out strongly against human trafficking.

Datig said she first met Elder, who is now 69, at a party at the Playboy Mansion in the early 2000s, though their relationship did not begin until long after. The two became engaged in 2013 before Datig broke off the relationship in 2015, fearing for her safety. She said he pressured her to sign a non-disclosure agreement after being informed by Elder’s assistant that “all Larry’s girlfriends did,” she said, in an interview with POLITICO. She complied, saying she was “terrified … and I ran for my life.”

Supporters of Newsom seized on the report, with actress and activist Alyssa Milano tweeting it:

Breitbart News reached out to the Elder campaign for comment. He said:

I have never brandished a gun at anyone. I grew up in South Central; I know exactly how destructive this type of behavior is. It’s not me, and everyone who knows me knows it’s not me. These are salacious allegations. People do not get into public life precisely because of this type of politics of personal destruction. I am not going to dignify this with a response–it’s beneath me. While my opponents and the Newsom campaign would love to keep voters distracted, I am going to stay focused on the issues that inspired 1.7 million Californians to petition for this recall.

Newsom, formerly married to Fox News host-turned-Donald Trump advisor Kimberley Guilfoyle, has faced personal accusations of his own in the past. In 2007, it was revealed that Newsom, then mayor of San Francisco, had an affair with a married aide.