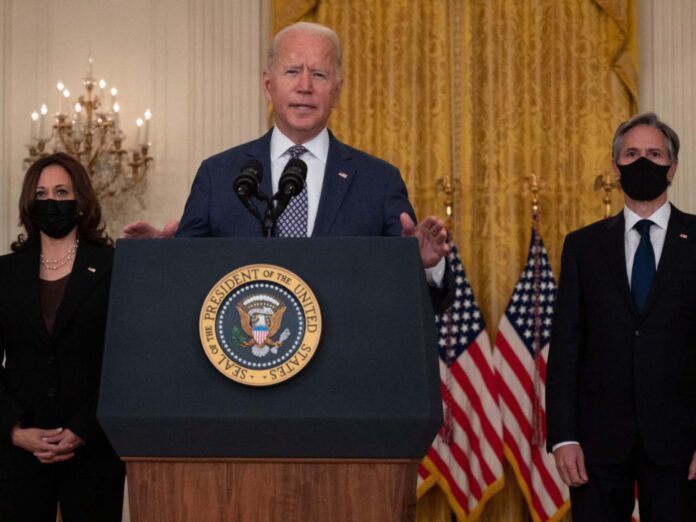 VERDICT: Likely FALSE. The evacuation is smaller than India’s evacuation of its citizens from Iraq and Kuwait in 1990.

The Biden administration has tried to find a silver lining in the dark cloud of its botched Afghanistan withdrawal, claiming that the evacuation of American citizens, Afghans who helped the U.S., and other allies is a monumental achievement.

On Thursday, State Department spokesman Ned Price tried to tout what he called an “unprecedented airlift operation, that no other administration” had ever done before. On Friday, Biden made similar claims in a call with Qatar’s leader.

No doubt the American soldiers and diplomats who are scrambling to move tens of thousands of people out of the country are doing the best they can, and one wishes them, and the evacuees, the best. However, Biden’s claim is probably untrue.

Thus far, the U.S. has airlifted some 13,000 people since the collapse of Afghanistan’s military and government on Sunday. Others have noted that the infamous 1975 evacuation from Saigon, while somewhat smaller, was far more efficient.

As for size, however, the U.S. effort has not yet reached the size of other airlifts. In 1991, in Operation Solomon, the State of Israel rescued nearly 15,000 Ethiopian Jews from Africa in an airlift that took less than 24 hours. (The operation also broke the world record for the largest number of passengers on a single plane, at 1,088.)

That same year, the U.S. airlifted 18,000 Americans out of the Philippines to escape the eruption of Mount Pinatubo in Operation Fiery Vigil. Some 48,000 people were reportedly flown out of Berlin over two years during the infamous Cold War airlift.

And the largest airlift in history — by far — would appear to be the Air India evacuation of over 110,000 Indian citizens (some sources say 170,000) from Iraq and Kuwait after Iraqi dictator Saddam Hussein invaded the latter.

The current airlift, Operation Allies Refuge, will evacuate 80,000 people, at most, according to the president’s own estimates: up to 15,000 Americans, and up to 65,000 Afghans.

That would make it among the largest, but probably not the “largest airlift of people in history” — certainly not yet.