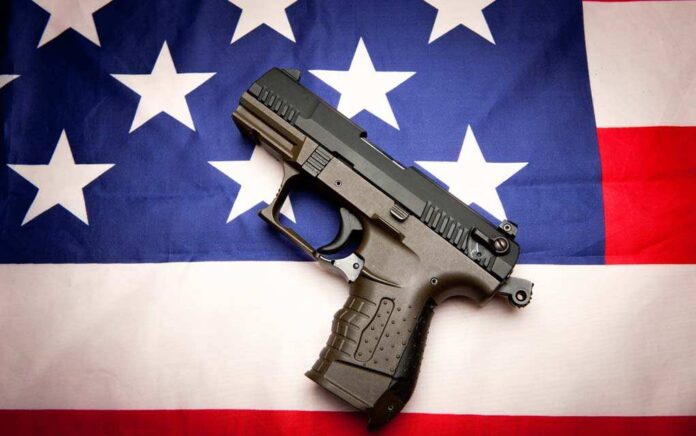 Increased gun control and legislation that backs it has been in the works for the far left for just about as long as firearms have existed. The matter never really seems to go away, even after more restrictive laws are put in place.

And of course, with Democrats holding the majority in both the Senate and the House of Representatives, as well as the White House, it should be no surprise that gun control has once again been placed on the docket.

The latest proposed bill, known as the Bipartisan Background Checks Act of 2021 or HR 8, would seek to require a background check for every firearm sale within the United States. It was put to the vote in the House on March 11, and it was passed.

Naturally, it now waits to be put on the Senate floor.

Now, given that the Democratic Party has the majority of members in the Senate, if not by much, and the fact that such controversial issues wind of being wholly partisan, despite this one’s name, one might assume that Democrats are about to get what they want.

However, that’s not exactly the case.

As it turns out, this one just might be a bit more bipartisan than usual and not in favor of the liberal agenda.

According to The Washington Free Beacon’s Stephen Gutowski, several key Senate aides have commented that several Democrats are willing to vote against the bill, making it pretty much “dead on arrival.”

One senior GOP aide noted that one major problem with the bill is the “requirement that licensed gun dealers perform background checks nearly every time someone sells or even lends a gun to another person.” The aide said this fact alone makes it a “non-starter” for the Upper House.

The aid is right.

While more than a few Republican Senators such as Toomey, who is often considered a swing vote, are speaking out against HR 8, there are a few Democrats who oppose the bill as well, and like it was said, not very quietly.

Among those are Democrats Joe Manchin of West Virginia and Montana’s Jon Tester. Republican Susan Collins of Maine, also known as a typical swing vote, has also come out against the increased background checks.

The same aides did note that since HR 8 was most certainly going nowhere fast in the Senate, Democrats may try to bring back a similar gun control bill proposed in 2013. This one, however, would only impose background checks on private firearm sales.

At the time, the bill did not reach the 60 required votes to pass and therefore was thrown to the side. However, if brought back, it might have more chance of passing or at least more of an opportunity than the current proposed bill.

This is primarily because Sen. Toomey was once a co-sponsor of the 2013 bill and, according to Gutowski, “played a leading role in selling the policy to voters and fellow senators.”

However, Toomey’s aid made it clear that his boss is looking for “an actual outcome” and, therefore, might be reluctant to put his vote and name behind “a project that’s just ultimately doomed to fail.”

Until the vote for HR 8 takes place, though, Democrat Senators Chuck Schumer and Chris Murphy of Connecticut have made it their mission to “spend the next several weeks working with both Democrats and Republicans in the Senate to try and craft the strongest background checks bill that can pass.”  At least that’s Murphy’s plan.

Schumer seems less concerned with bipartisanship and working together. When he was recently asked about the bill and the left’s mission to increase gun control, he told the press, “We will try to work with our Republican colleagues on a bipartisan basis when and where we can. But if they choose to obstruct, rather than work with us to deliver for American families, we must make progress nonetheless. Failure is not an option.”

You see, Schumer has no real plans for bipartisanship or compromise. Instead, his goal is to eliminate the filibuster once and for all, effectively putting an end to any “obstruction” Republicans might want to cause and making a mere 51 votes all that is needed.